A study of Buffalo’s sidewalks proposes installing various accessibility improvements in the city, as well as 28,325 feet of new sidewalk.

The $90,000 study, conducted by Nelson Engineering, will allow the city to apply for future transportation alternative program grants from the Wyoming Department of Transportation, according to public works director Les Hook. But it also provides an outline for the city to follow in addressing more than $400,000 worth of needed improvements identified by Nelson.

During the study, Nelson conferred with city officials and community members and conducted visual surveys in areas of interest.

In particular, the study highlighted a dearth of accessibility features on the walkways around Buffalo, especially at intersections.

Many of the city’s intersections lack blended curbs — curbs that slope into the street at an angle compliant with the Americans with Disabilities Act — or truncated dome bump pads, areas with raised bumps that allow people with low vision to detect when the walkway is changing.

Julie Heil, an orientation and mobility specialist in Buffalo, said the city’s sidewalks aren’t very friendly to people with disabilities. During the study, she helped Nelson Engineering identify some of the problems she and her clients have experienced while trying to navigate around town.

People with disabilities — about a quarter of the adult population in the U.S. — are about five times more likely to report frequent mental distress, according to the Centers for Disease Control. Simple fixes that give people with disabilities greater independence and quality of life — such as ensuring they can travel to the library or enjoy the trail system — can go a long way toward relieving some of that distress, Heil said.

“The more we can have a healthy lifestyle for everyone in our community, including those that are blind or with low vision, the happier those people are going to be, and they can contribute to society just like anyone else, and they can work and get out and walk,” she said.

While the city has acknowledged previously that some of its sidewalks do not comply with the ADA, it is not required to change its infrastructure until that area undergoes a major construction project. Some of that will occur during the Main Street 2024 project, when most of Main Street will be reconstructed and many of the sidewalks will be replaced. At that time, WYDOT will ensure that most of the intersections comply with the ADA, engineers have said previously.

“I’m really happy that Buffalo is taking the time to correct those mistakes, and hopefully going forward they can just consider how those crosswalks can help young kids and people with blindness and people in wheelchairs, people with low vision,” Heil said.

The study also includes 20 separate recommendations for where to install sidewalks, from a 150-foot, $1,150 patch of sidewalk on South Cedar Street to a 1-mile, $69,500 length of sidewalk along Fort Street connecting to the Veterans’ Home of Wyoming.

In total, the study calls for 28,325 feet of new sidewalk — more than 5 miles worth. The full list of recommendations is available below.

One of the largest proposed projects is the installation of sidewalks along Cemetery Road, South Main Street and Old Highway 87 near Buffalo High School. The sidewalks — 7,165 feet in all — would allow foot traffic to move from the high school into town without walking along the street. Several crosswalks would also be installed to improve safety.

The study also suggests that the city construct sidewalks in and around Buffalo City Park, including on either side of the Johnson County Family YMCA stretching from West Fetterman Street through the park to Klondike Drive, along West Angus Street by the pool and West Parmelee Street by High School Hill. Those sidewalks would connect to a stretch of walkway on Klondike Drive up to Hilltop Drive.

Brent Bennett, vice president at Nelson Engineering, said much of the feedback Nelson received centered on areas like the school and park where children commonly walk. Respondents wanted to ensure that children can walk in those areas safely.

The largest recommendation for immediate action is a range of improvements to Clear Creek Trail, such as installing better signage and benches and widening some of the entrance gates to improve accessibility.

The study also found that regular maintenance of existing sidewalks is not always completed and that city code is not always followed. The study suggested the city create an “awareness campaign” to ensure that residents are aware of the requirements. According to city ordinance, residents must keep sidewalks adjoining their property clean, shoveled and free of slush or ice.

Failing to keep sidewalks clear — even if it’s unintentional — can be dangerous for people with disabilities as they move around town, Heil said.

“When you have your sight and you’re able to go around obstacles and find the safest path by using your vision, then you don’t think about things like that,” she said. 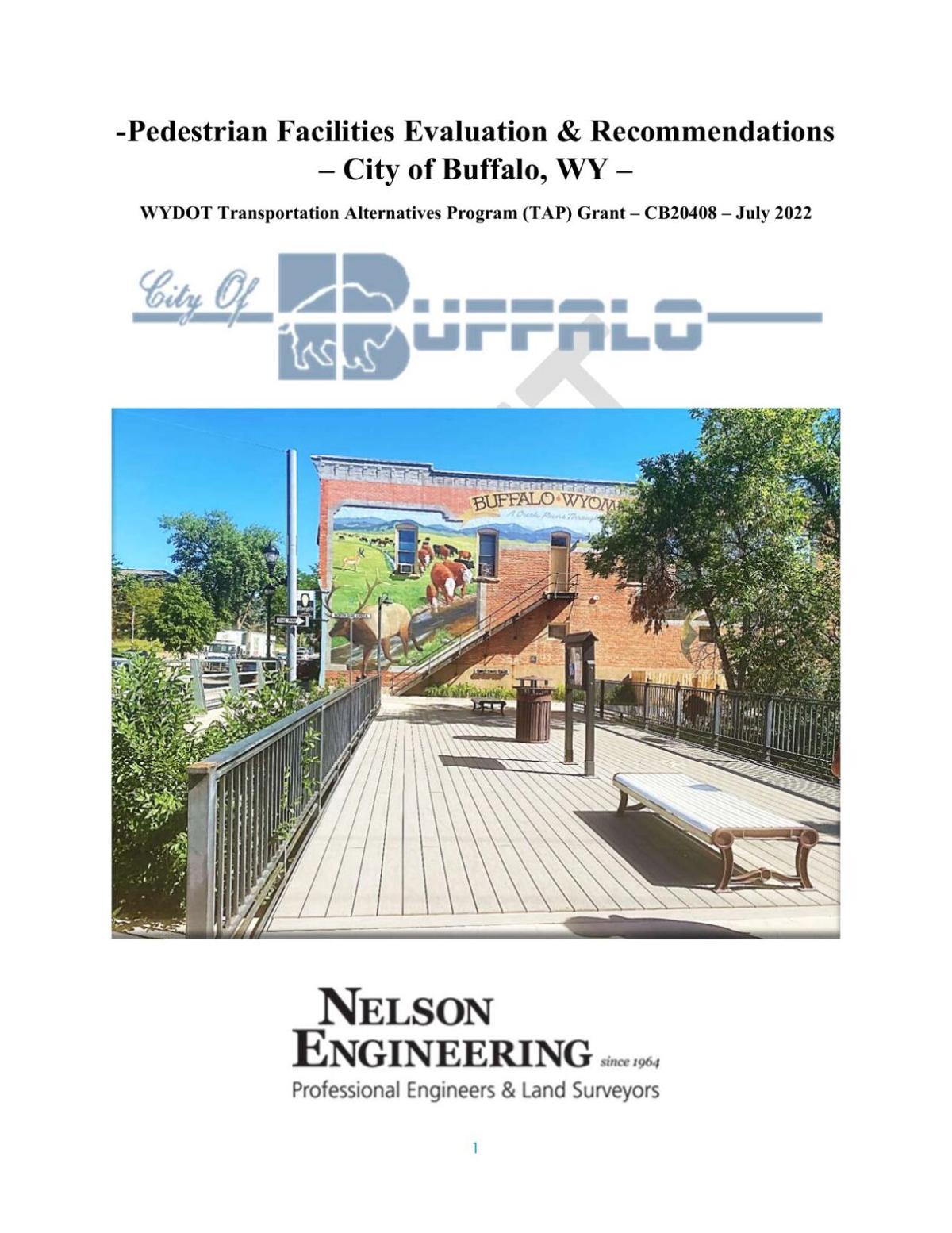