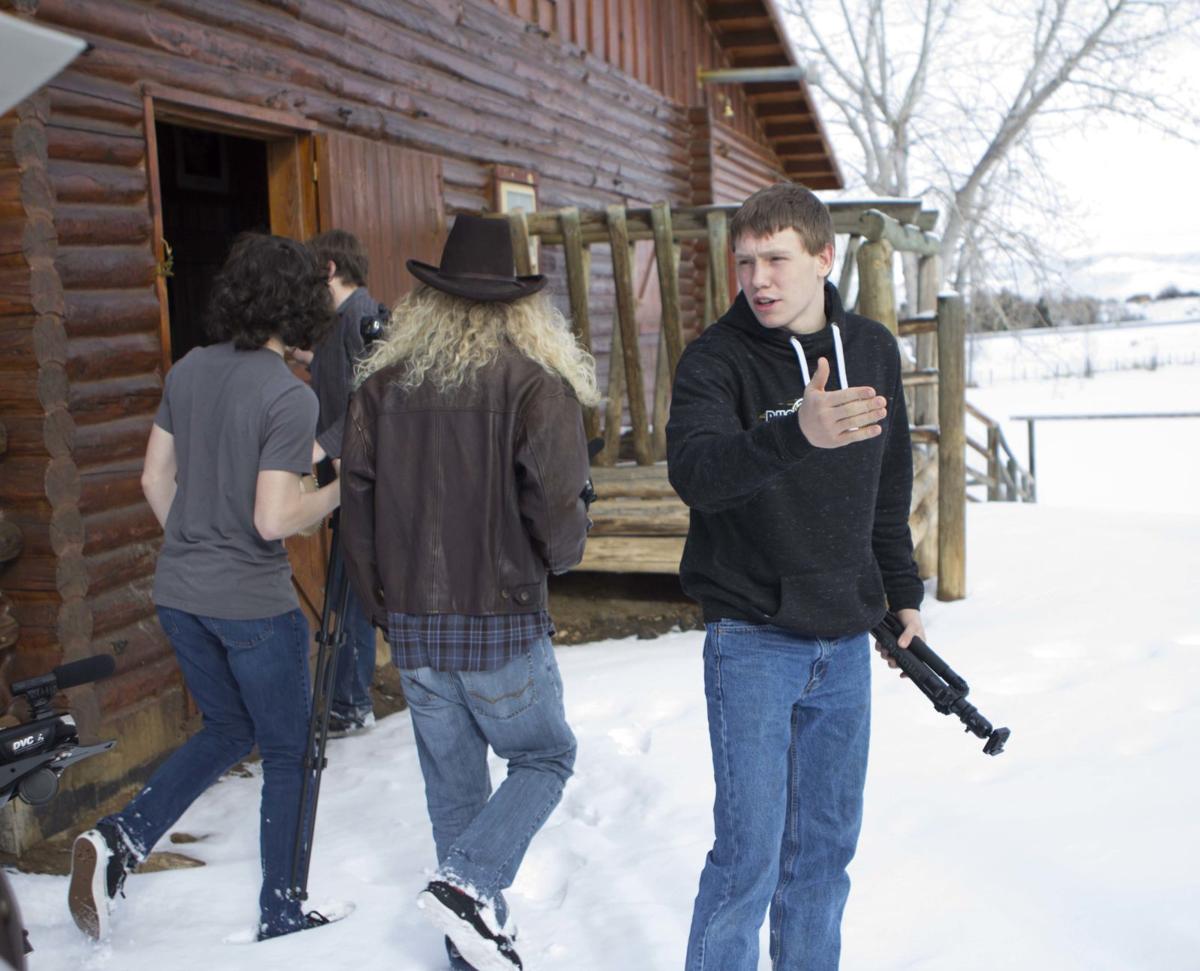 Producer Ben Camino helps his actors prepare for a scene in his January Jubilee western. 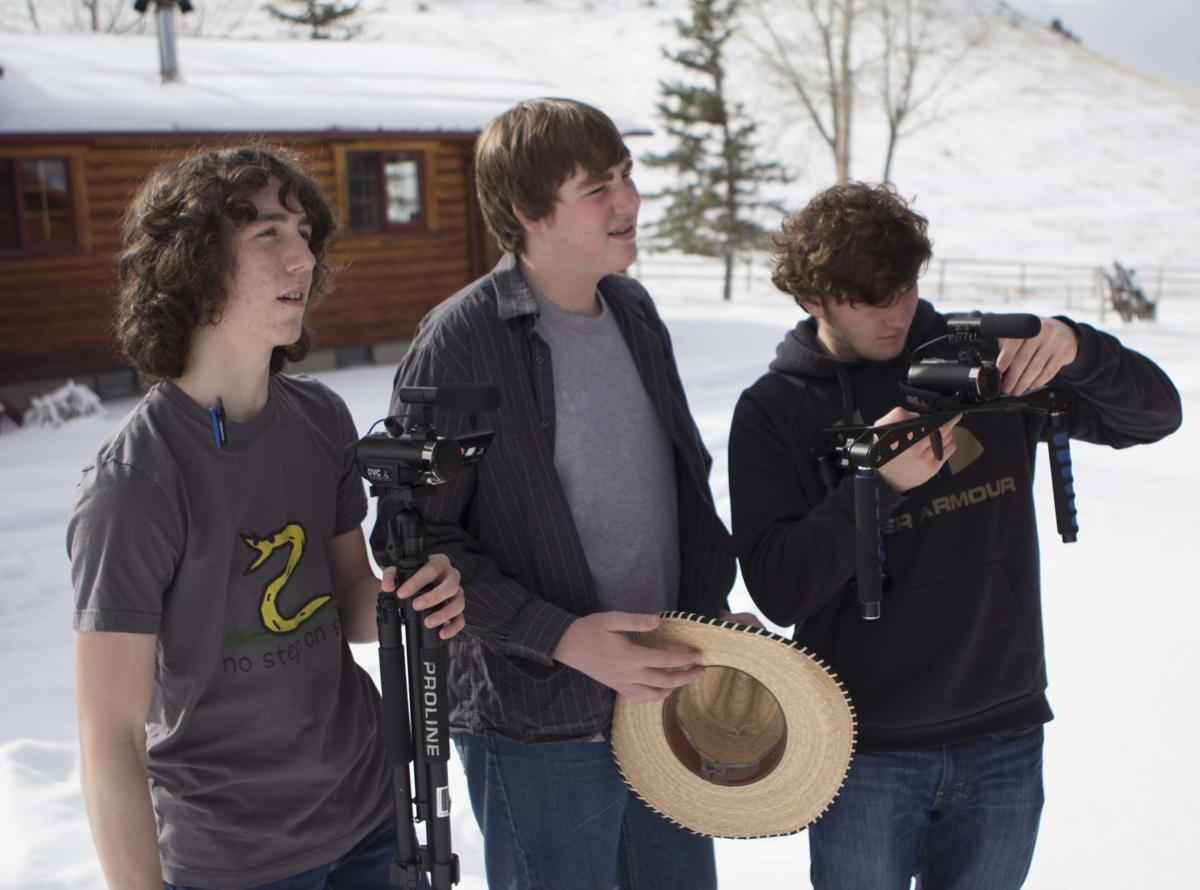 Director Trevor Rasmuson, center, provides advice to his camerapeople on the set of his January Jubilee western. 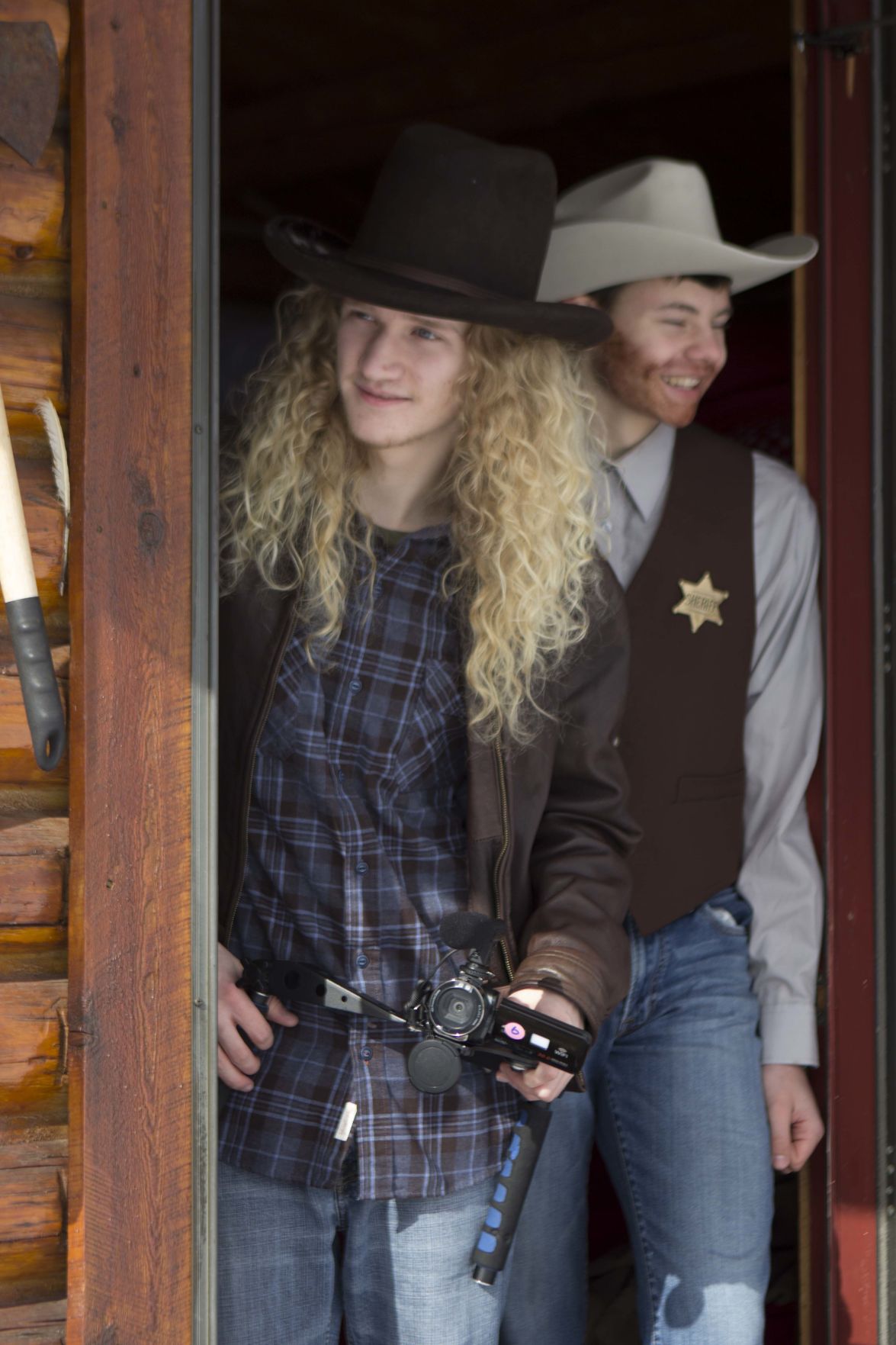 Johnson County is cowboy country – the land of the Virginian, Butch Cassidy and Sheriff Walt Longmire.

But soon those Western heroes will have company. A new congregation of cowboys and cowgirls will descend on the county soon, courtesy of the Buffalo High School English department’s annual January Jubilee program.

The jubilee, which wraps up this month, requires students to study a genre of fiction and create their own film using those themes. After completion of the films, the English department will hold an “Oscars” ceremony honoring the top student-crafted films.

This year’s genre is Westerns, according to sophomore Ben Camino, and January Jubilee has opened his eyes to a genre not often watched, read or appreciated by younger viewers.

“Mrs. (Karen) Blaney’s been showing us old Western films, and they have been fun to watch,” Camino said. “It’s not really my type of thing and probably not the kind of movie I would watch on my own. But all those movies have a really distinctive visual style, and that has given us a good idea of what our film needs to look like.”

Camino is the producer for “Winter’s Curse,” a film being crafted by Blaney’s third-period sophomore English class. The story was adapted from a plot pitch by Camino’s classmate Trevor Rasmuson, who is also directing the film.

“There is a new deputy in town, and as soon as she moves in, she gets in on this town’s curse and how it affects the poker players,” Camino explained.

“Once the players win a lot of money, they end up losing their money and eventually dying,” Rasmuson added. “There is a murderer on the loose killing these winners.”

Camino and Rasmuson have the advantage of shooting their Western mystery on the Nimick ranch – a location full of unique history and visual appeal.

“We went as a class to tour the ranch and plan things out,” Camino said. “There’s a cool rundown sheep wagon that we’ll probably use, along with some old plowing machinery.”

As their film takes shape, the film is also shaping them, Rasmuson and Camino said.

“It’s developed my decision-making skills,” Rasmuson said. “There are quite a few decisions you need to make – from assigning roles to people to deciding on camera angles. And every single one of those decisions can make a big impact on the final film.”

“I think I’ve grown a lot more comfortable with telling people what to do,” Camino said. “I was more of a silent leader, but I’m more willing now to tell people what they need to do. Because if you don’t do that, the work might not get done.”

Both Camino and Rasmuson said that it was fun to take a break from normal English work in order to take a deep dive into the world of film. And while neither plans to become the next Steven Spielberg, they are still looking forward to sitting down in the BHS auditorium, dimming the lights and enjoying their handiwork.

“It’s fun to make a film each year, but the best part about it is that it has helped us both become better leaders,” Rasmuson said.