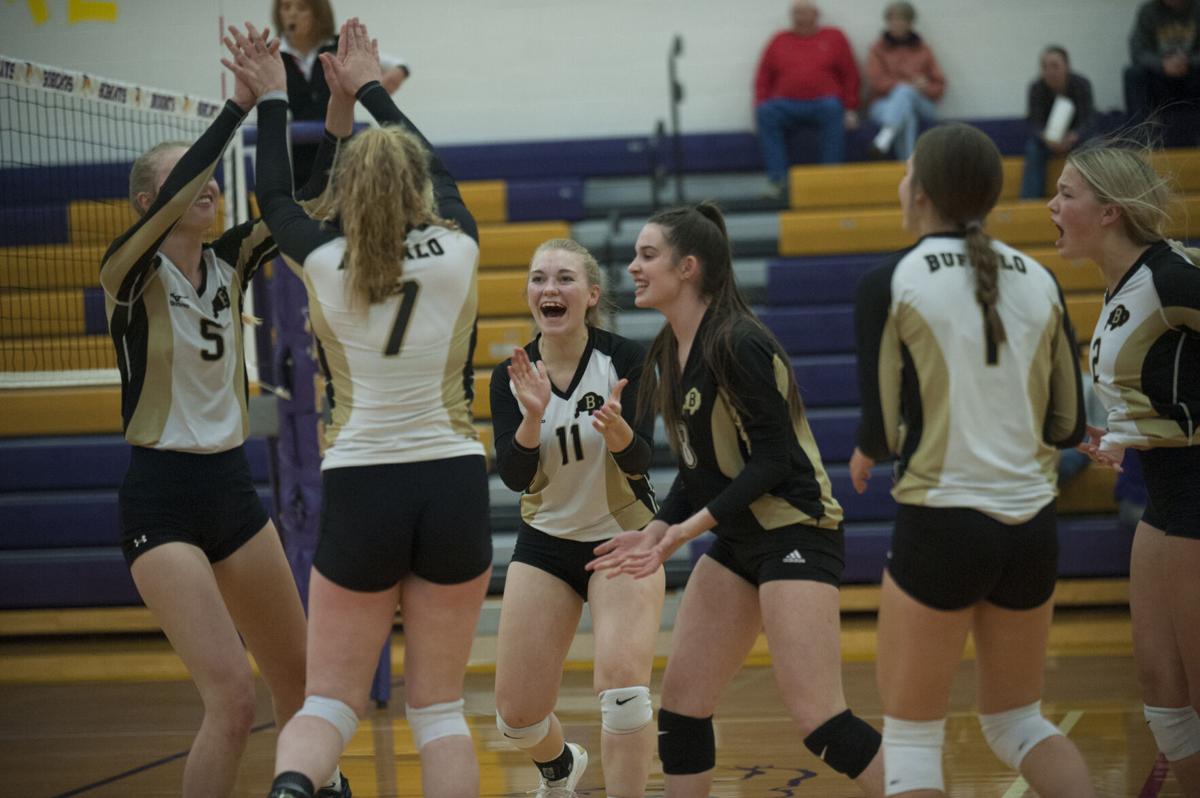 NORTHERN WYOMING NEWS/ Alex Kuhn Cassie Downare, center, and the rest of team celebrate a point during the 3A East championship match against Burns at HSCHS on Oct. 30. 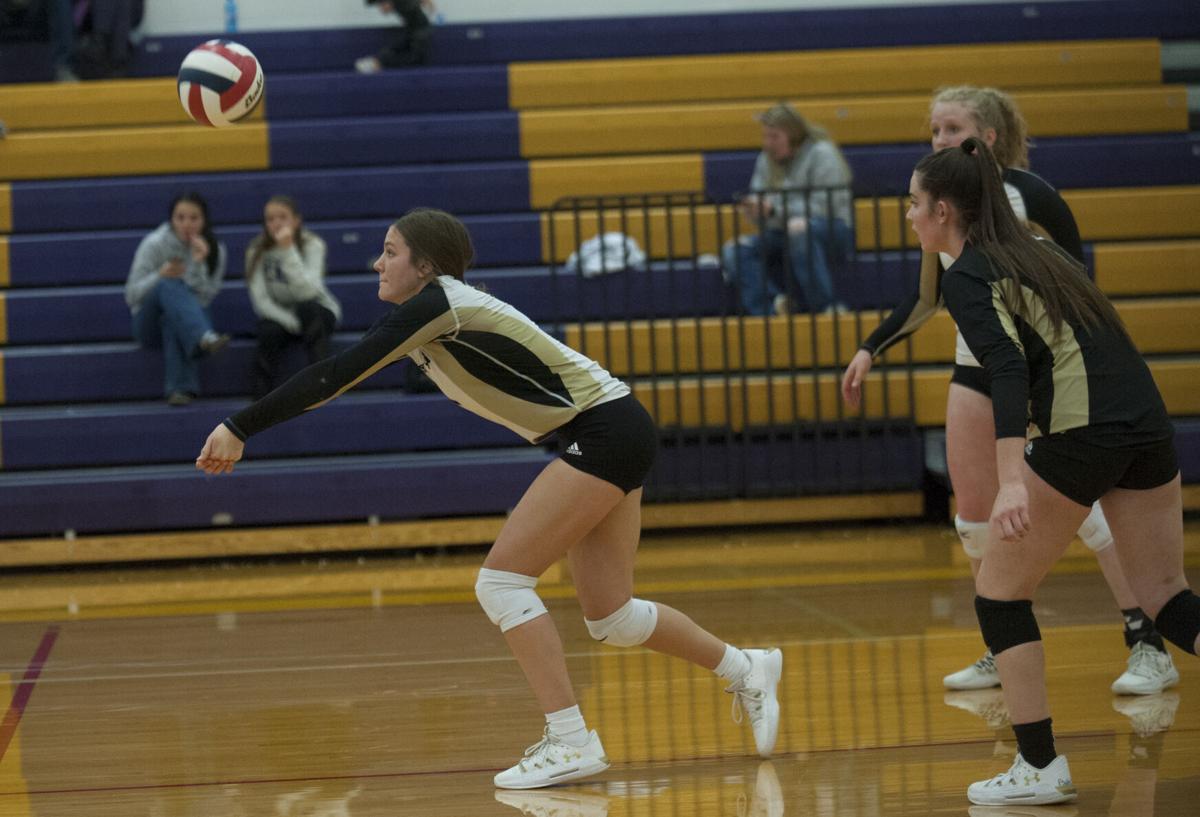 NORTHERN WYOMING NEWS/ Alex Kuhn Tess Rule digs out a serve and passes it up front during the 3A East conference championship against Burns on Oct. 30 at HSCHS.

Once the Buffalo High School volleyball team found its rhythm, it could not be stopped.

“I definitely knew that we had the talent to win it all. It was just whether we put all the pieces together,” coach Michelle Dahlberg said.

In the end, the pieces fit together nicely, and on Saturday the Lady Bison were crowned 3A East regional tournament champions for the first time since 1996.

Buffalo’s season started strong as the team won seven straight games before struggling in back-to-back losses against Douglas and Torrington. In the final week of the regular season, the Lady Bison managed to get back on track, winning three more games to take the top seed in the Northeast. During the tournament, the team played the best volleyball it’s played yet, Dahlberg said.

In the first game against Rawlins, Buffalo had just one set where the players’ missteps cost it the game: the second set, when the team lost 23-25. In the first, third and fourth sets, the Lady Bison beat Ralins by the same score: 25-14.

Dahlberg said that Danica Boyce, who lined up against Rawlins’ best player, played a large role in neutralizing Rawlins’ offense in those sets. She had five kills, two blocks, one dig and three assists during the match.

“She had blocks. She had kills. She was just all over the net,” Dahlberg said.

In the finals, Buffalo faced off against Burns, the No. 1 seed in the Southeast. The last time the two teams met, the match went down to the wire.

In the first game of this match, Buffalo and Burns started out even before the Lady Bison pulled ahead to win 25-15. In the second game, the Lady Bison grew even more dominant, beating Burns 25-11. In the third set, however, Buffalo fell into an old habit of failing to close out the third game, and Burns won its first victory of the match 25-16. The Lady Bison returned to their winning ways in the fourth set, though, to take the game 25-18 and to secure the championship.

Dahlberg said that the pressure of the tournament didn’t phase Buffalo’s players. If anything, it energized them.

“I just think the girls did a really nice job of letting themselves step up and compete,” she said.

Dahlberg said the team spent the week before the tournament focusing on shoring up the team’s defense and preparing Tessa Taylor and Tess Rule — two of the team’s consistent leaders on offense — for the pressure they would receive as opposing teams attempted to wear them out.

As the coaches stepped up their intensity, so did the players, Dahlberg said.

“It’s fun to see them want that challenge,” she said. “They get excited when we do those drills.”

Taylor and Rule both rose to the challenge during the tournament as well. Taylor had six aces, 57 kills and 62 digs over the team’s three games; and Rule had four aces, 31 kills and 29 digs.

Buffalo’s opponents also targeted the team’s setters, Cassie Downare and Holland Stowe, who responded by playing strong defense. In the championship game, in particular, the two stepped up, with Downare snagging 14 digs and Stowe racking up 18 assists.

This week, Dahlberg said, the team will continue to lean on its fundamentals as it prepares for its first state tournament match against Pinedale on Thursday. Dahlberg said she thinks the team has the chance to perform well at state.The last time Buffalo won the regional championship, it finished third in the state tournament.

“We’re not going to take anything for granted,” Dahlberg said.