You are the owner of this article.
Edit Article Add New Article
You have permission to edit this article.
Edit
Home
News
Sports
Profiles
Opinion
Classifieds
Obituaries
Contact Us
Subscribe
e-Edition
Photos
State
Covid-19
1 of 18 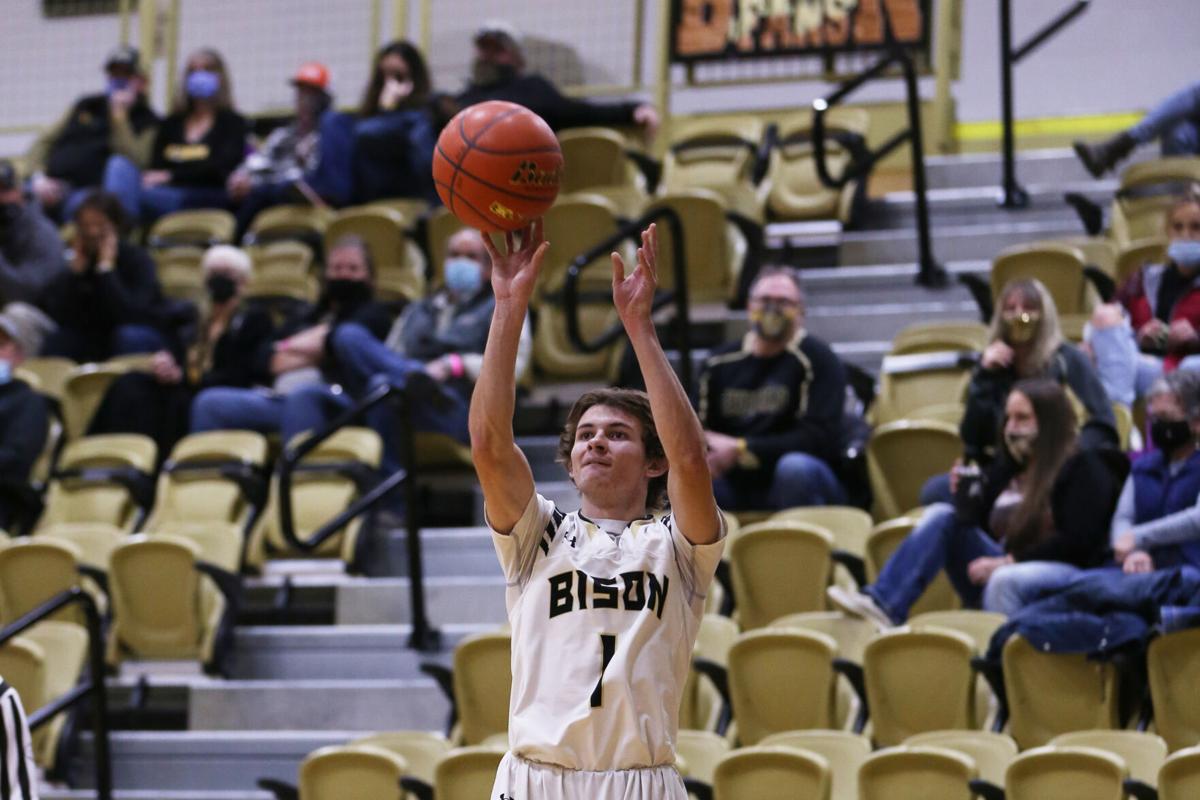 Buffalo High School senior Kollen Milmine attempts a three point shot during the first quarter of the game against Powell on Friday night in Buffalo. Masks are now required for all attendees of the game and for everyone on the sideline although players are not required to wear their masks while on the cout. 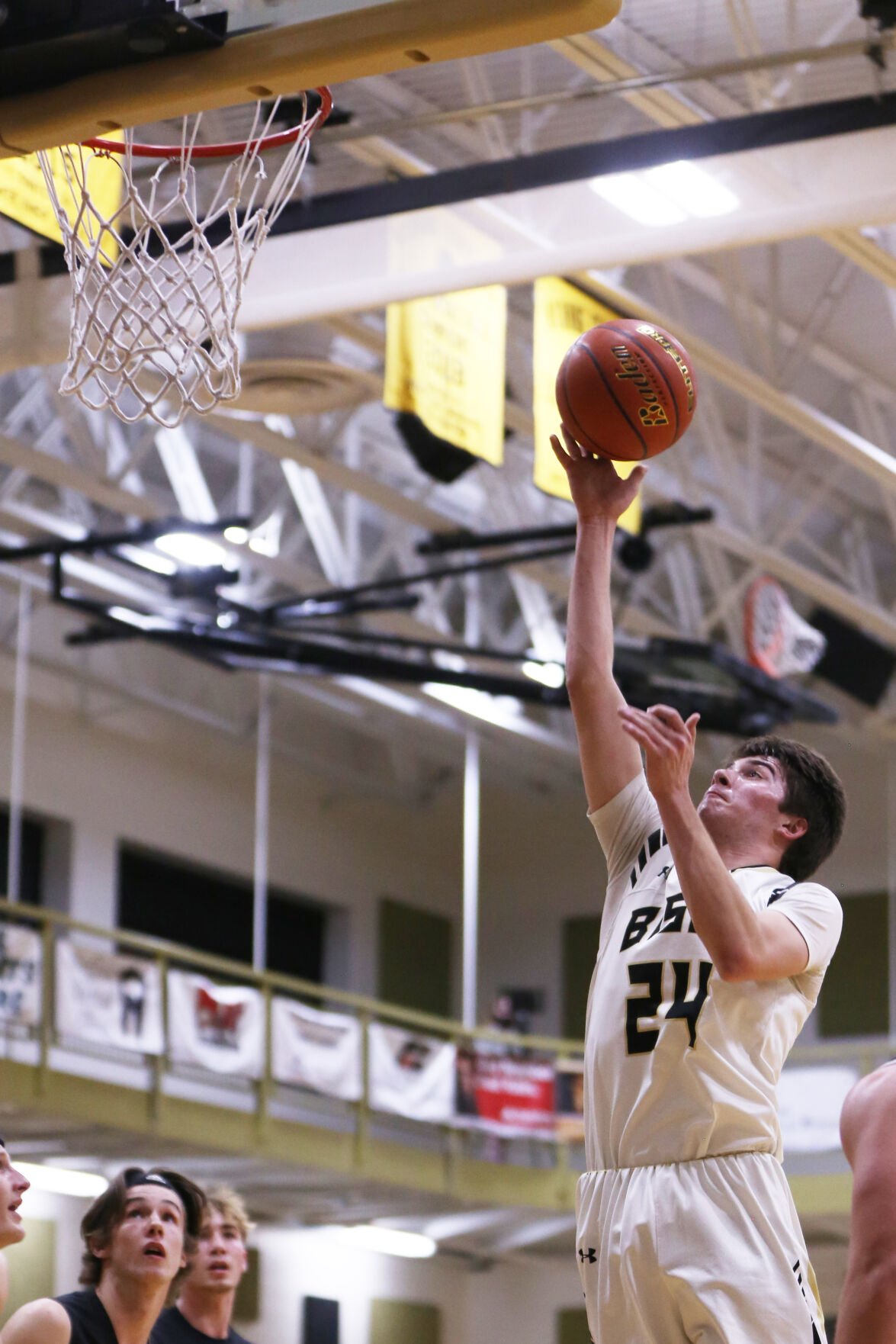 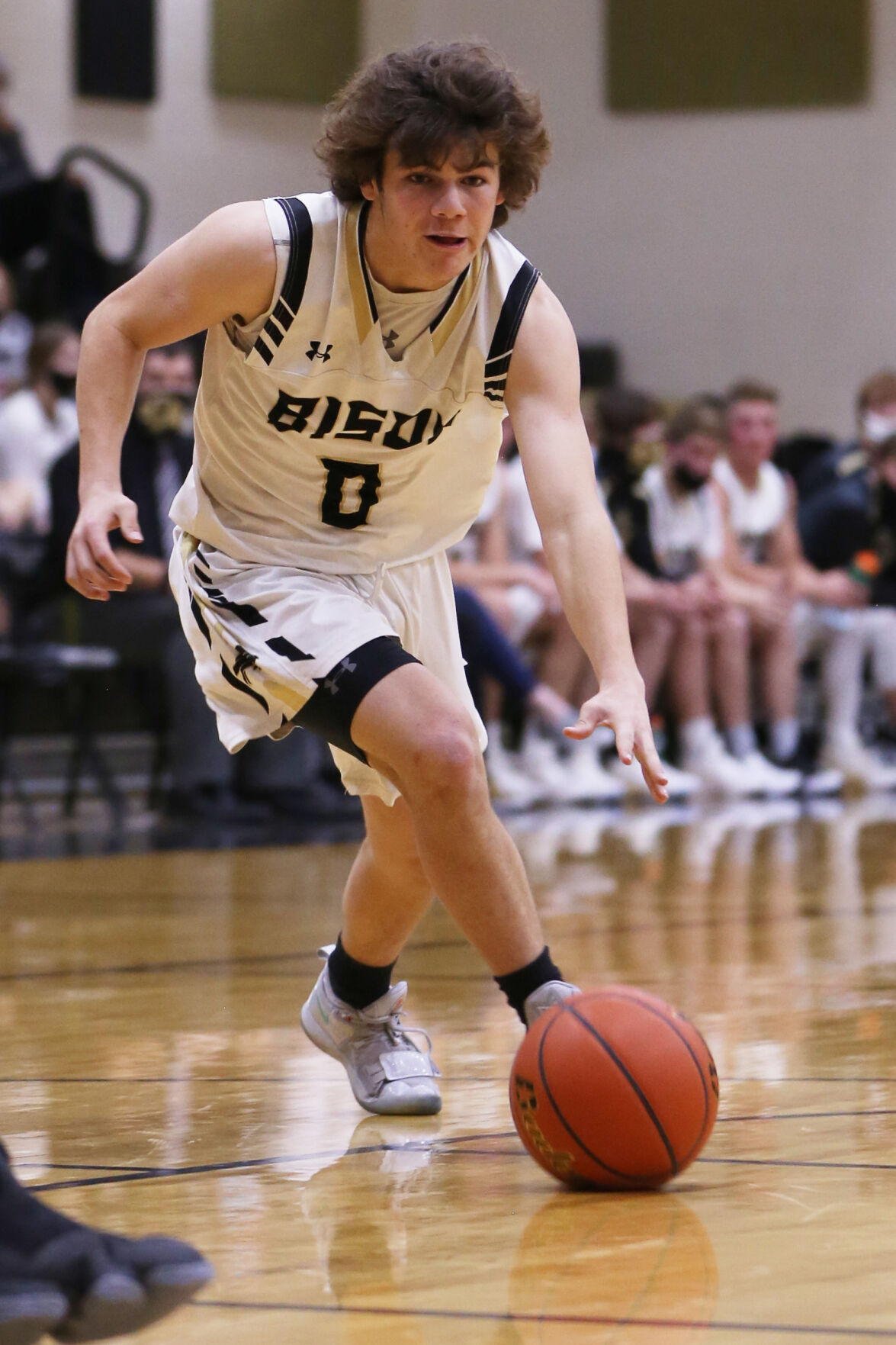 Buffalo High School junior Anthony Peters dribbles toward the basket on Friday night in Buffalo. Buffalo was unable to score on the possession. 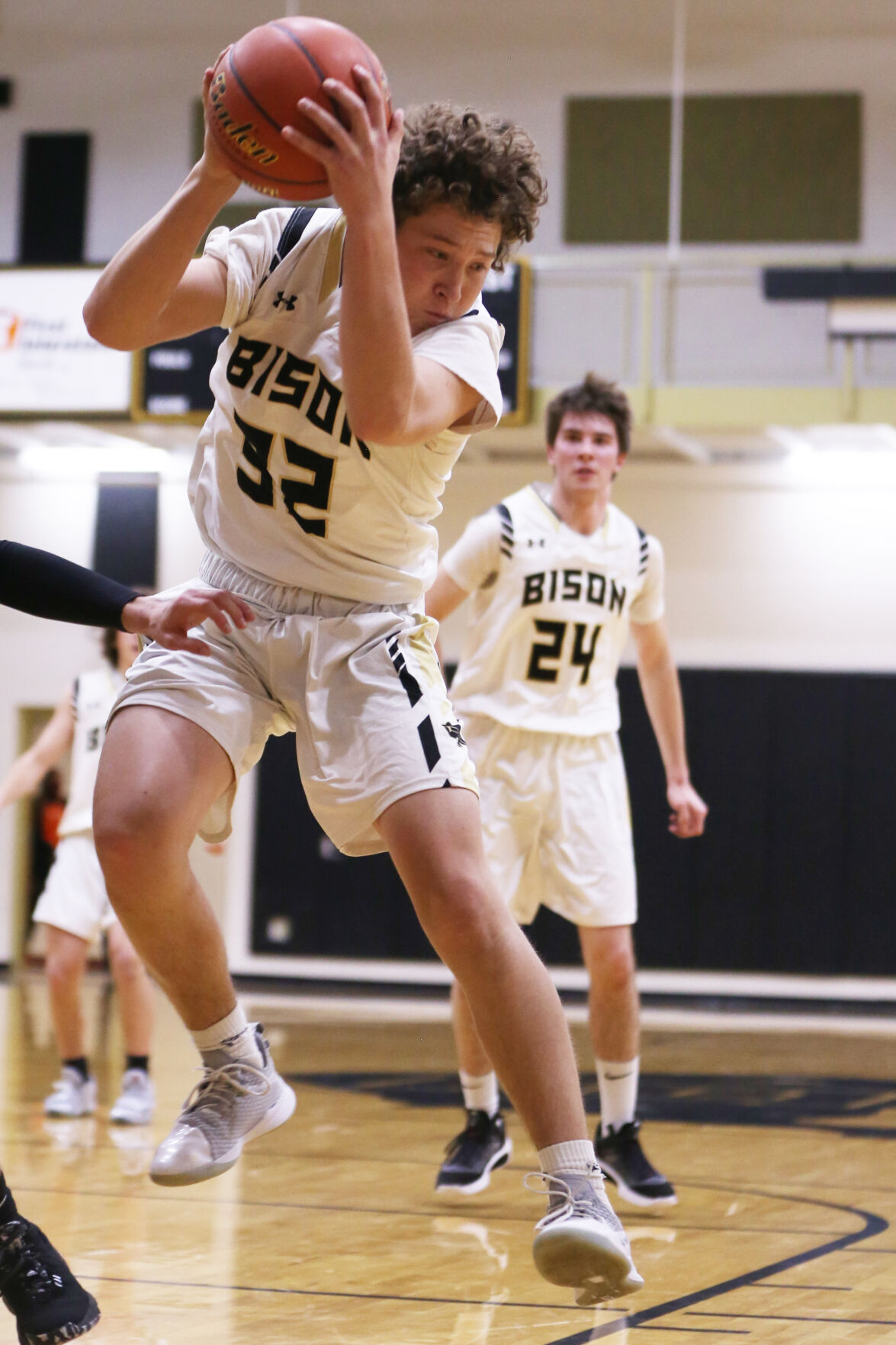 Buffalo High School senior Calvin Rule looks for the ground after making an offensive rebound on Friday night in Buffalo. Calvin played in all four quarters of the game, finally scoring in the fourth quarter. 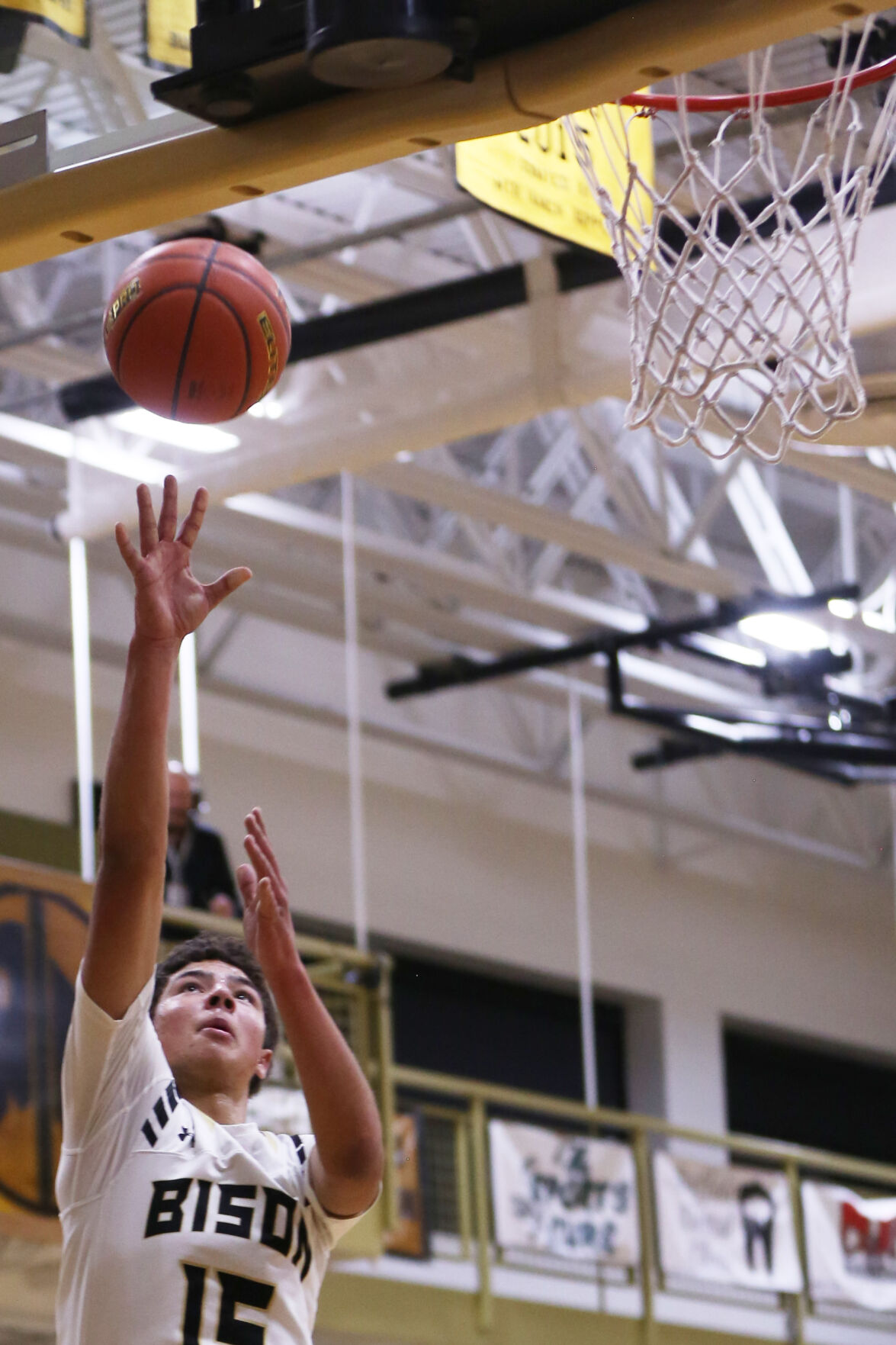 Buffalo High School freshman Eli Patterson jumps for a layup during the second quarter on Friday night in Buffalo. Eli is the only freshman playing on Varsity as of the start of the season. 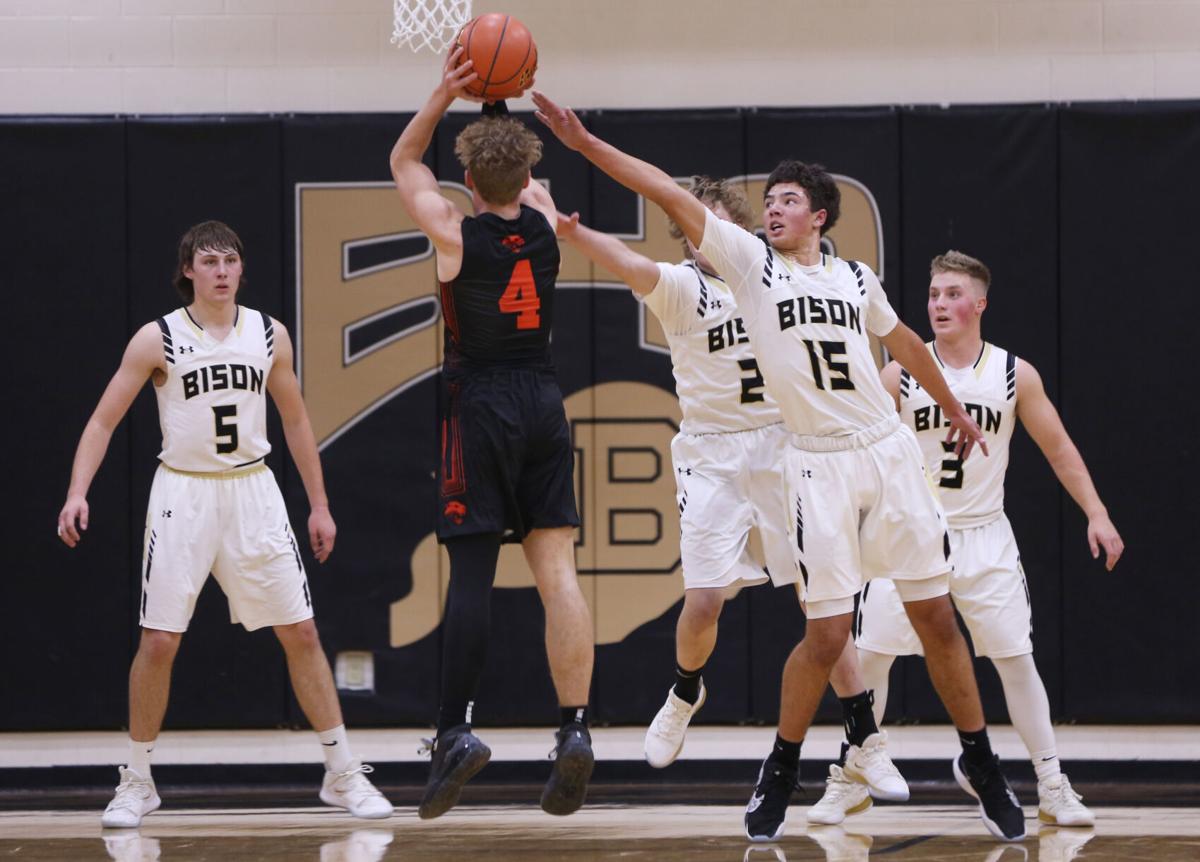 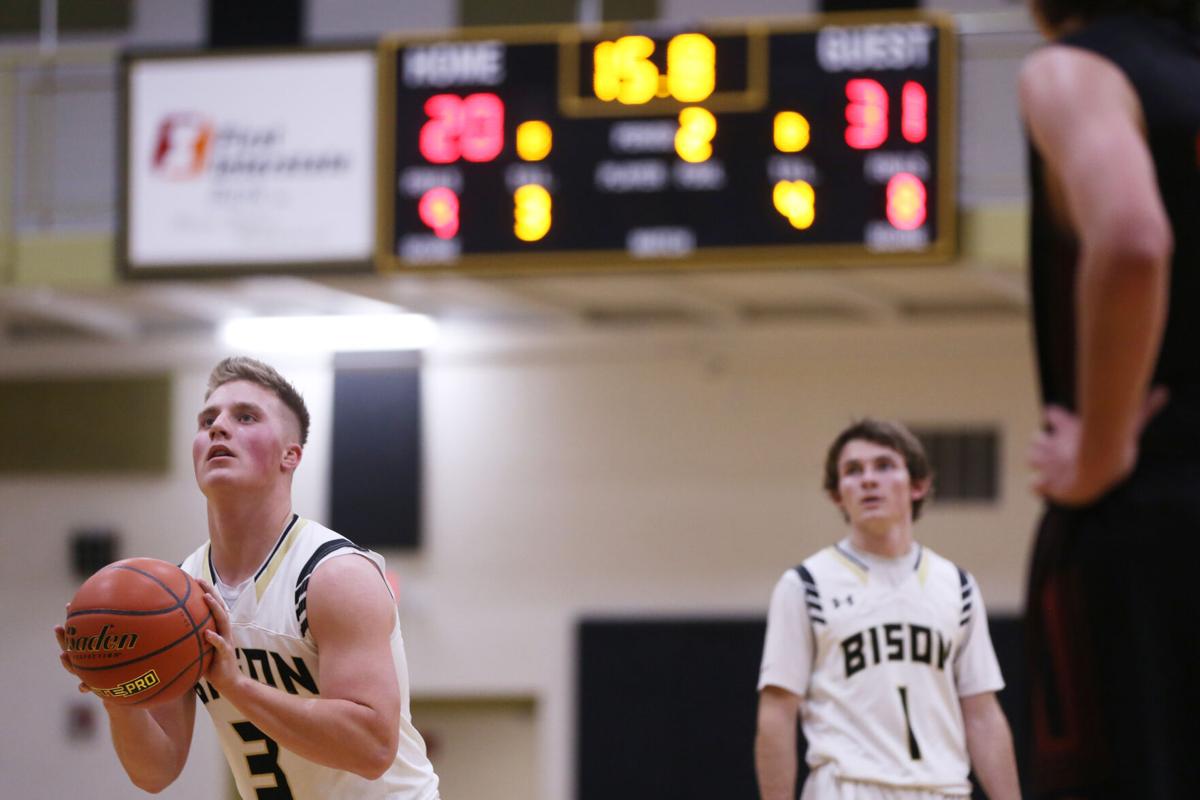 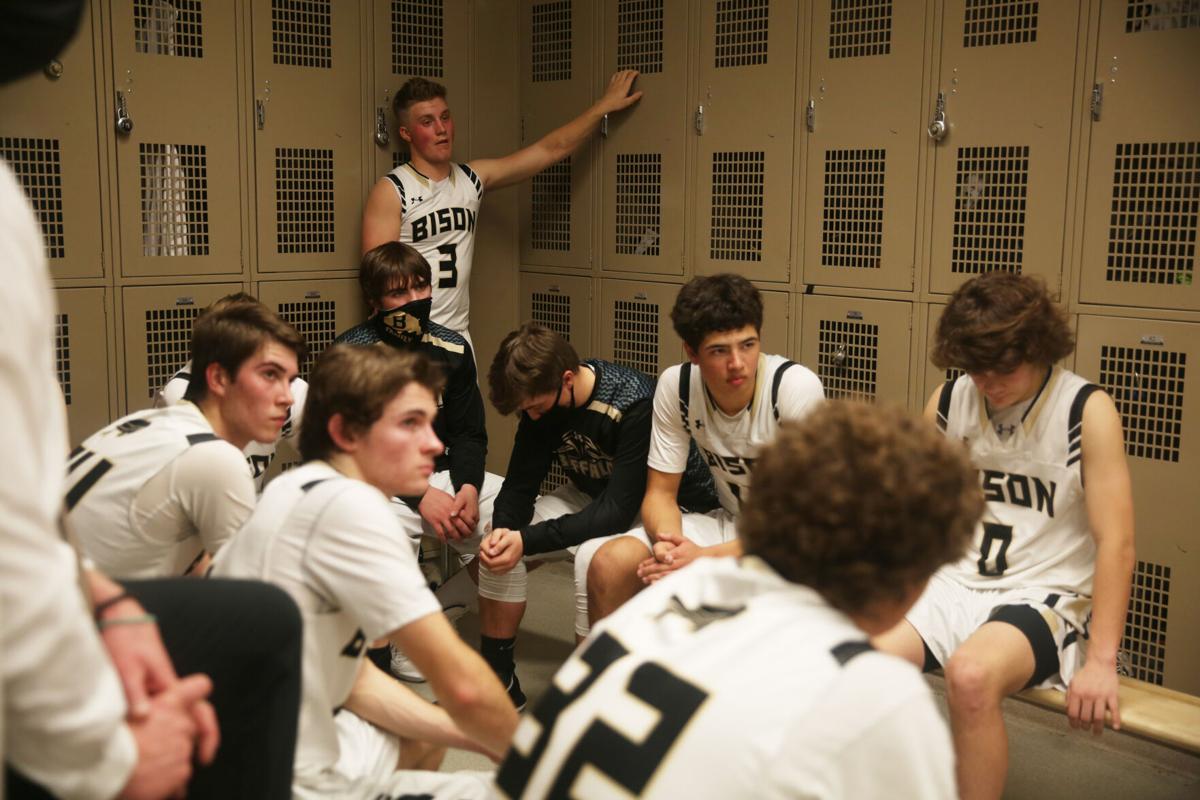 Buffalo High School varsity team huddles together in the locker room during half time on Friday night in Buffalo. Head coach Tanner Hart used the white board to draw out plays and changes to be made in the second half. 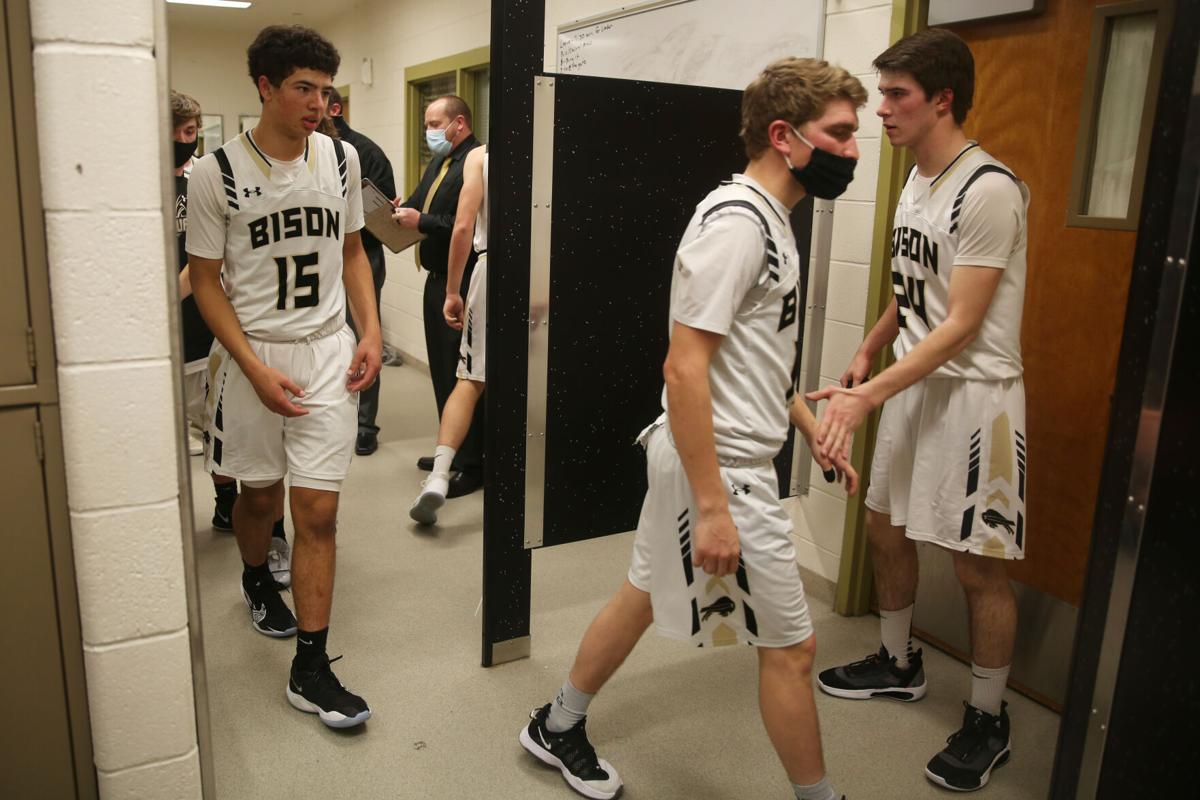 Buffalo High School senior Colby Bessler high fives each of his teammates as they leave the locker room for the second half of the game against Powell on Friday night in Buffalo. Bessler is one of seven Buffalo seniors all playing varsity. 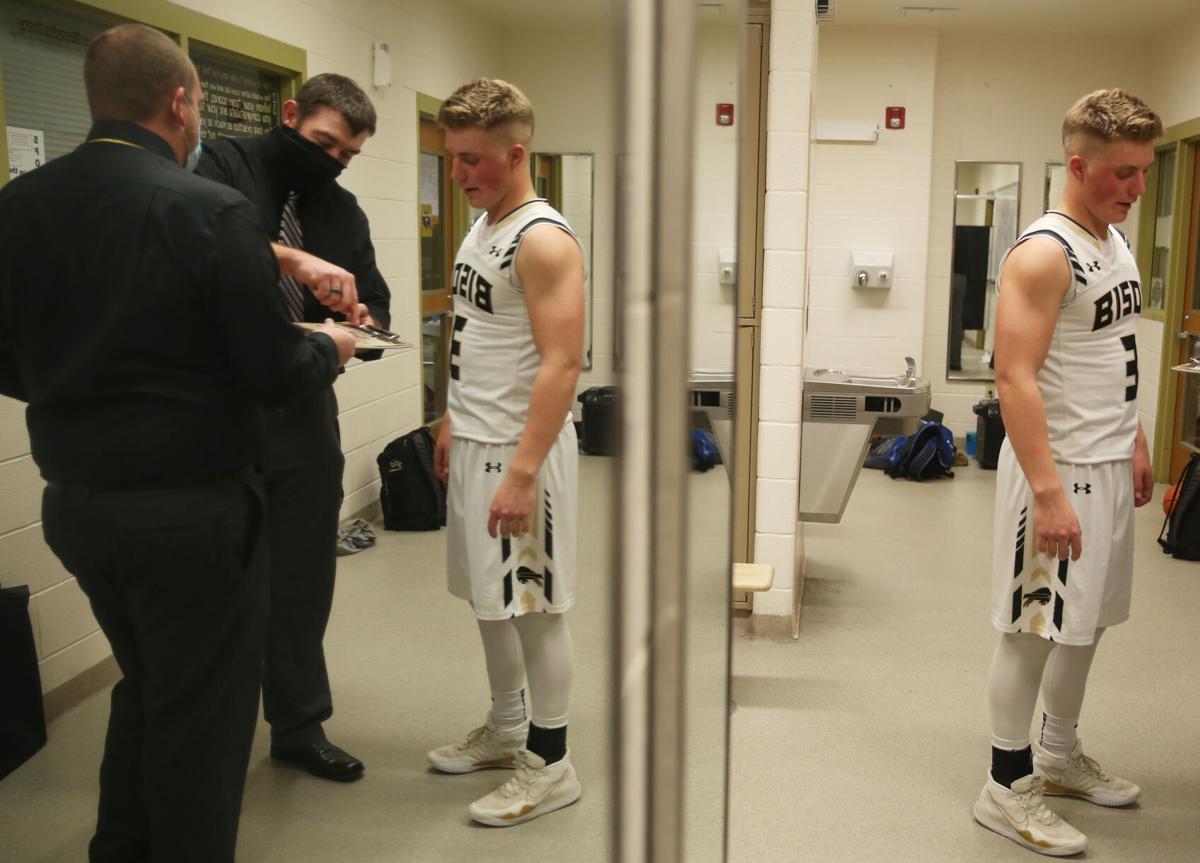 Buffalo High School senior Hyrum Hatch goes over a play with assistant coach Ross Walker and head coach Tanner Hart on Friday night in Buffalo. The trio were the last to leave the locker room as they returned to the court. 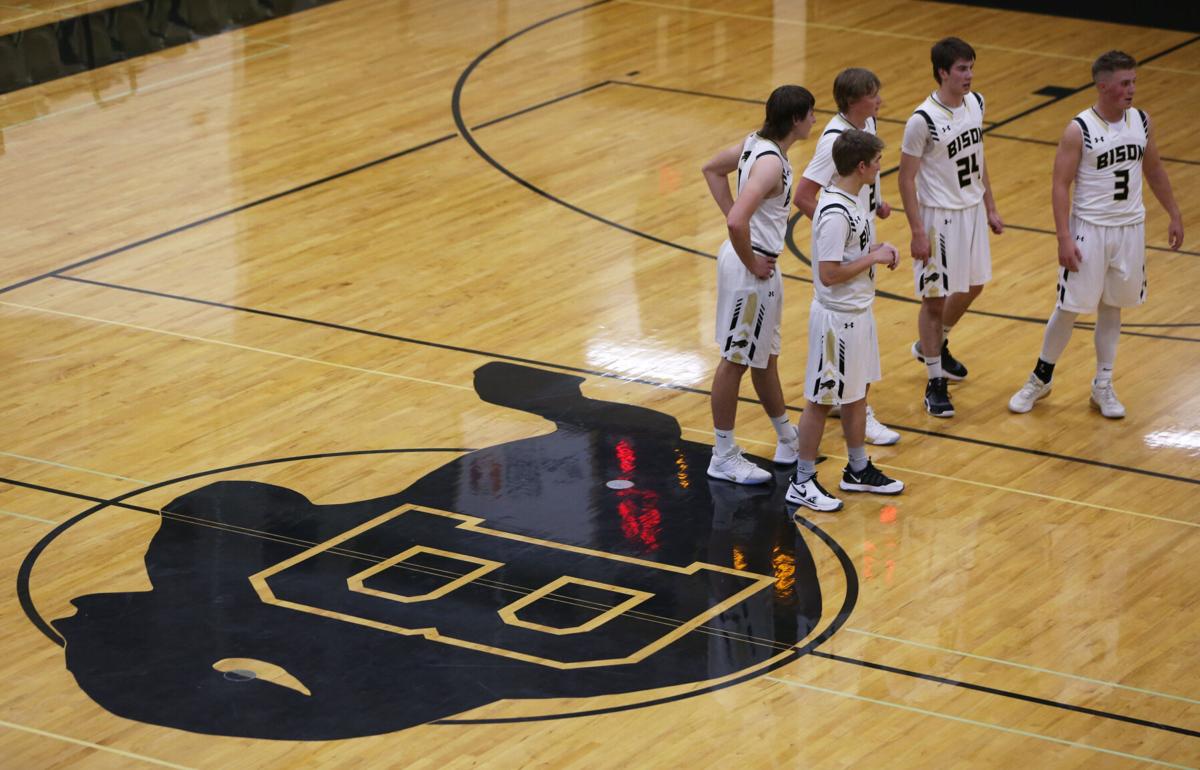 Buffalo’s second half starters wait in the middle of the court as the Panthers finish their huddle on Friday night in Buffalo. 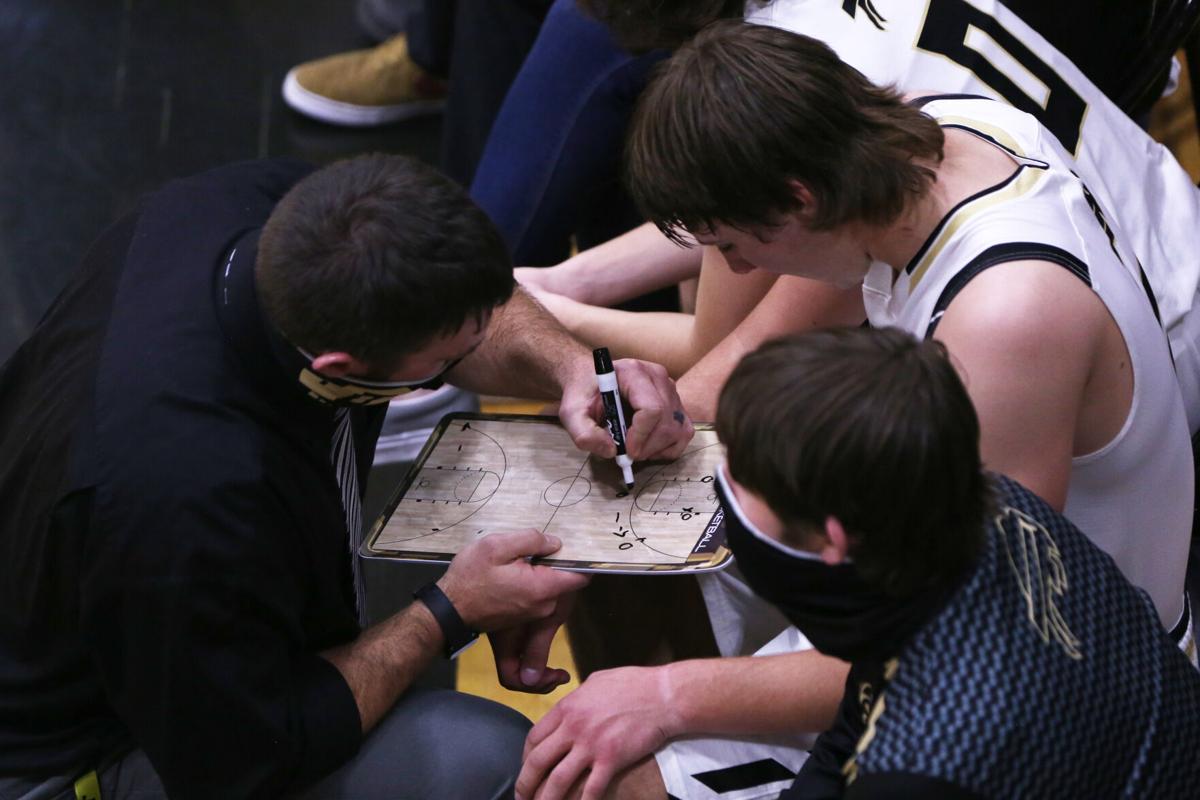 Buffalo High School senior Hunter Stone talks through a play with assistant coach Ross Walker immediately after getting subbed out in the third quarter on Friday night in Buffalo. Stone played in all four quarters of the game and scored a total of eight points for the Bison. 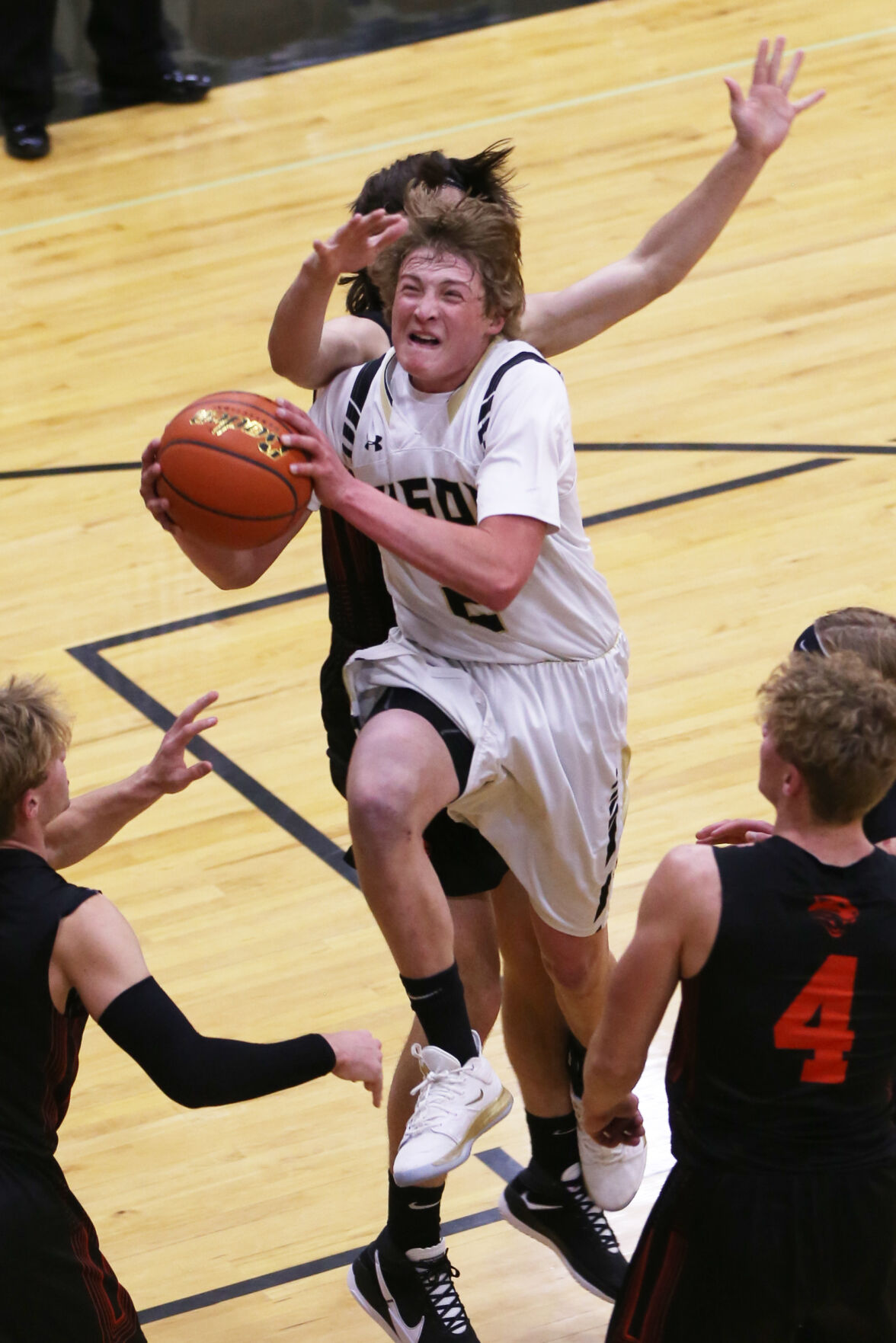 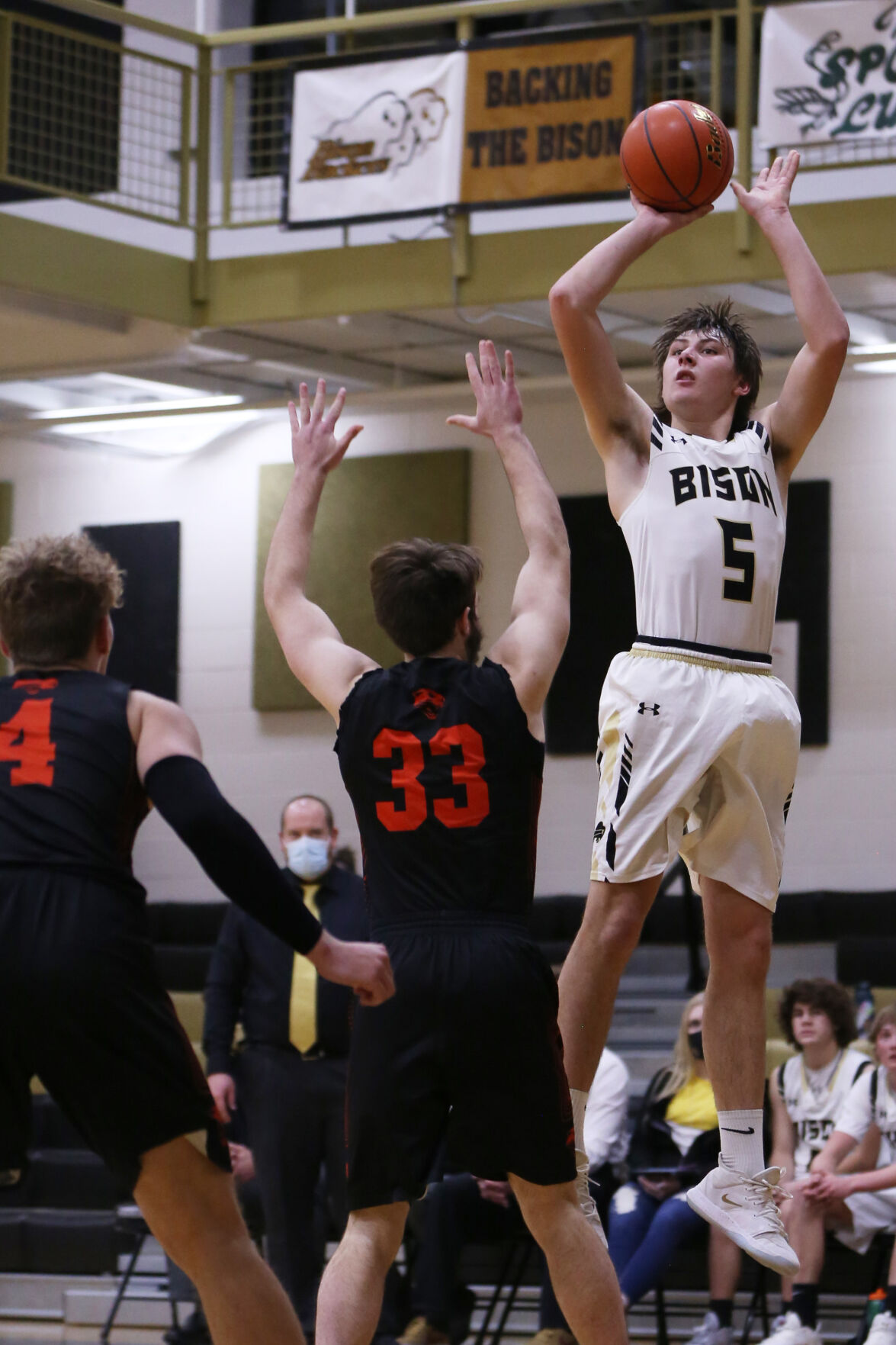 Buffalo High School senior Hunter Stone takes a shot from inside the key on Friday night in Buffalo. Buffalo rebounded the ball but was unable to score before the ball turned over. 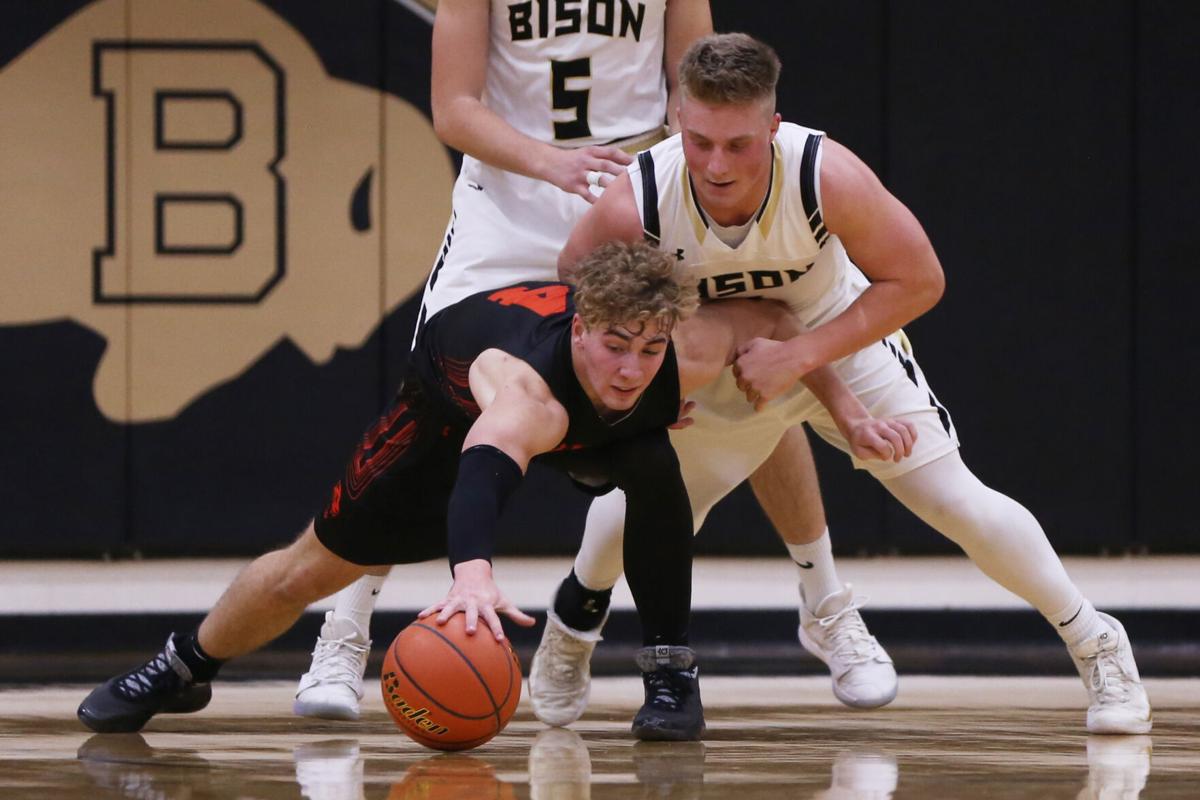 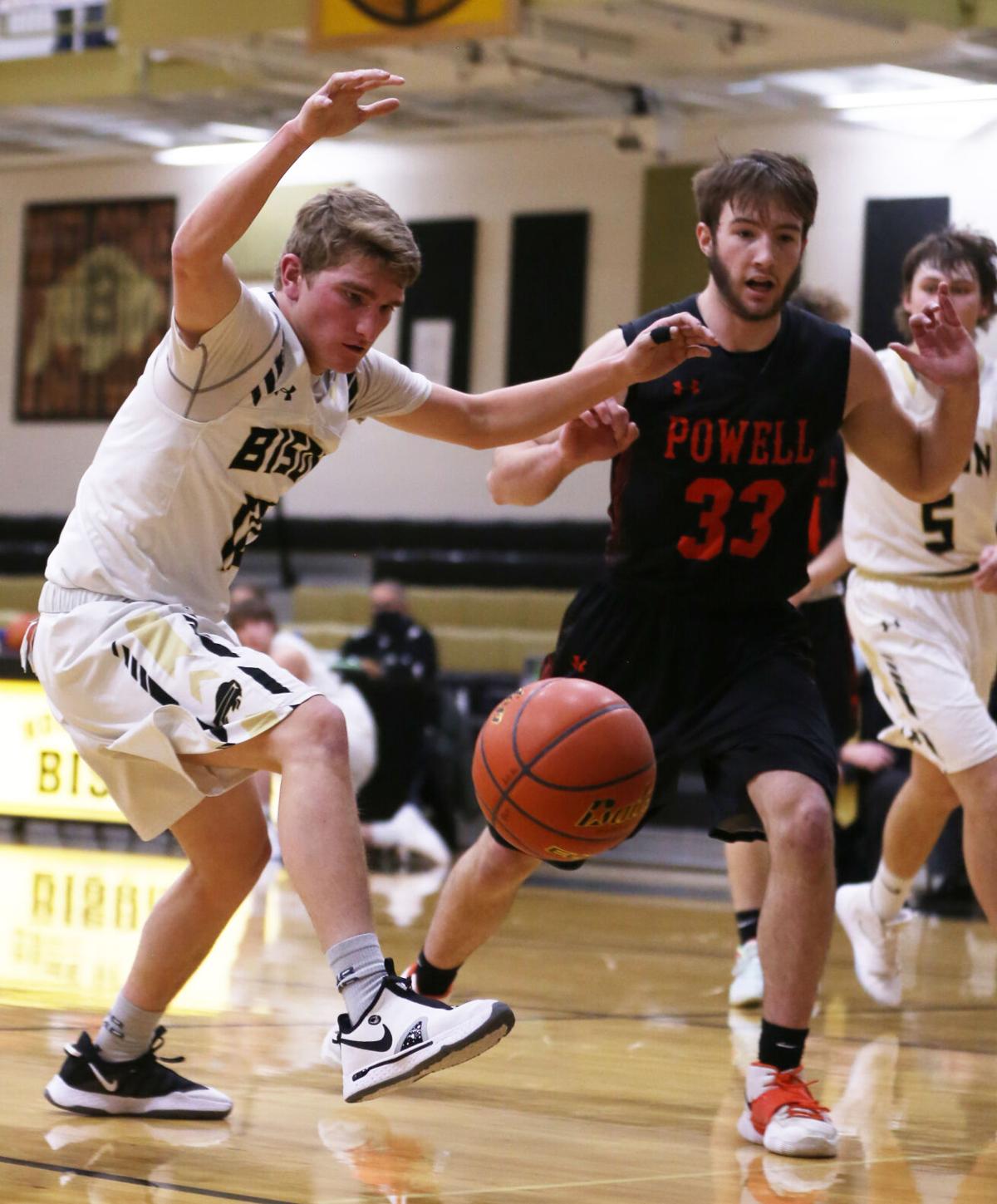 Buffalo High School senior Taylor Swanston plants his foot inbounds before snatching up the ball in bounds on Friday night in Buffalo. A foul was called on the play. 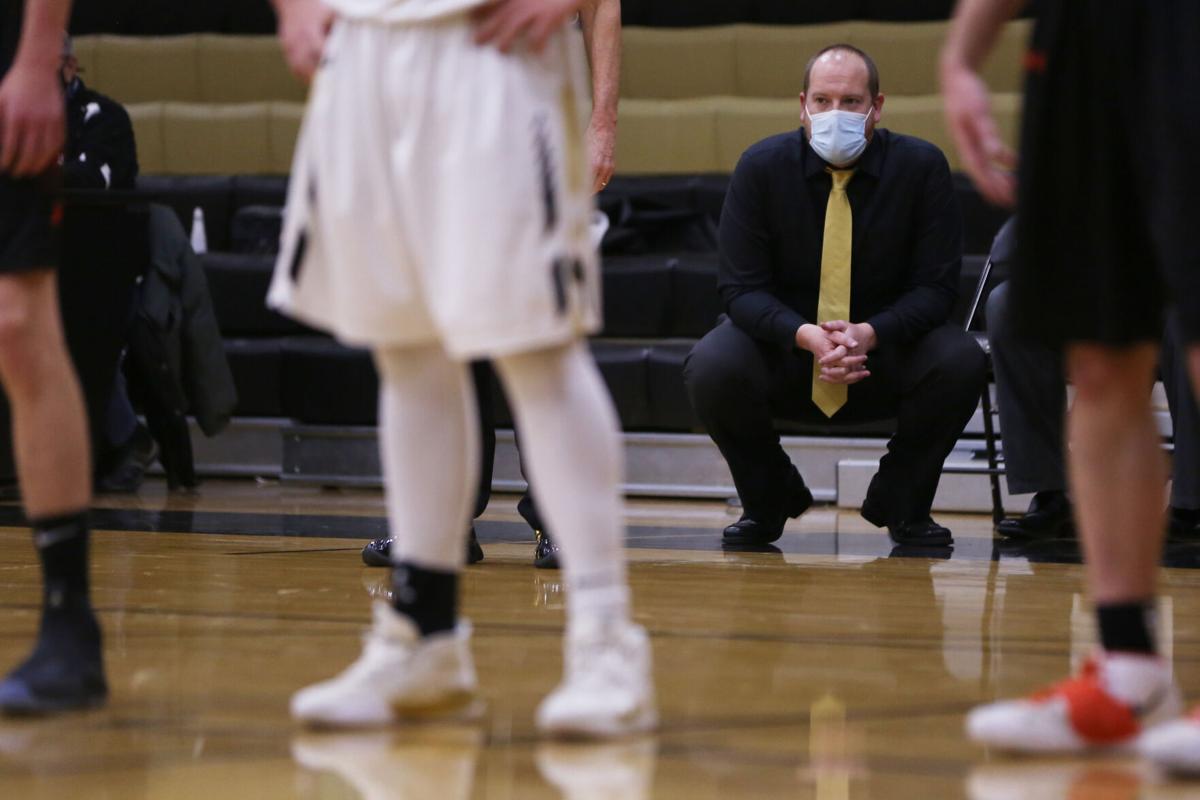 Buffalo High School boys basketball head coach Tanner Hart kneels from the edge of the bench as Buffalo takes a free throw shot during the fourth quarter on Friday night in Buffalo. Every Buffalo free-throw taken in the fourth quarter was shot by senior Taylor Swanston - a total of six. 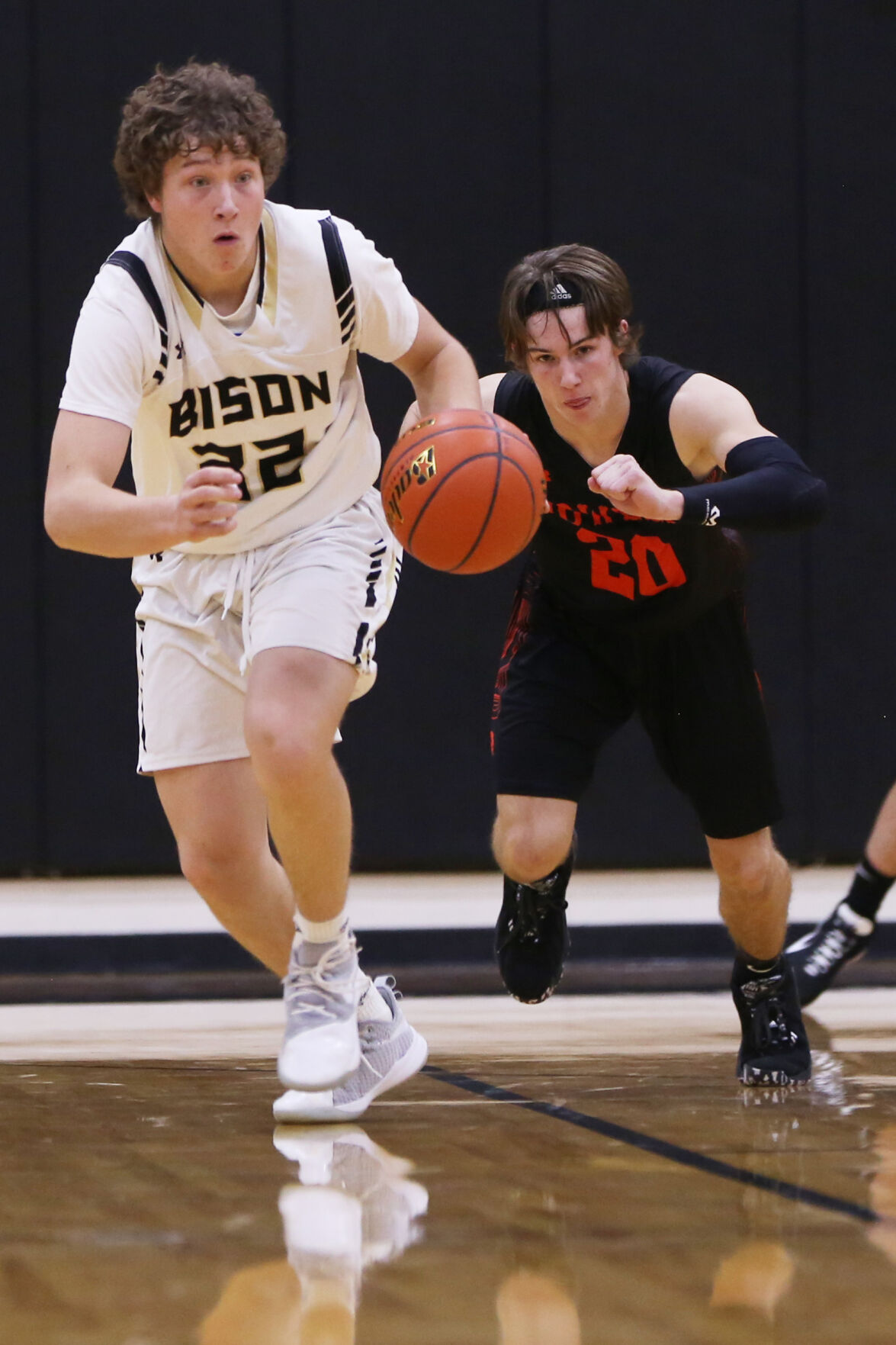 Buffalo High School senior Calvin Rule drives the ball back down court before passing to Taylor Swanston who drew out another foul on Friday nigh in Buffalo. Rule stole the ball from Powell to return it from outside the key.

In lieu of the traditional start, Powell High School began the game with an inbound pass on the sideline.

That unconventional start, however, didn’t help the Bison, who dropped both games in opening weekend action to start the season 0-2.

Friday night’s game against Powell began how the team had planned it, head coach Tanner Hart said, with solid team defense for the first few minutes and quick offense to jump out to a 9-3 lead.

“We came out with a lot of energy, enthusiasm and excitement,” he said. “I felt like our team defense was pretty solid for the first maybe two, three minutes of the game.”

That team defense was quickly eroded, however, by a Powell team that consistently penetrated into the paint and knocked down outside shots, with the Bison “a step behind almost every possession,” Hart said.

After ending the first quarter down just one point, the Bison watched the Panthers go on a significant 13-2 run in the second quarter and take a 34-21 lead into the half. In the second half, the Bison were unable to find an answer on the offensive end.

The Bison typically run a motion offense with plenty of passing and cuts, forcing the defense to move and make mistakes the offense can take advantage of.

“I felt in this game we kind of stopped doing those things; it’s like we locked up on the offensive end,” Hart said. “We had a lot of shots where we took zero, one or two passes.”

The second half provided no reprieve for the Bison, who went on to lose 64-47. Senior Colby Bessler was the Bison’s leading scorer, with 12 points and six rebounds, followed by seniors Hunter Stone (eight points and 12 rebounds) and Taylor Bessler (eight points).

Saturday’s game against Lander Valley, a preseason favorite in 3A, seemed like a whole different team in terms of effort, Hart said.

“I felt like Friday when we got down and Powell kind of gave us a slug in the face, I felt like we didn’t respond …,” Hart said. “In Lander, they were hitting buckets, but we were still fighting.”

Hart said the Bison struggled with on and off ball pressure from Lander during the first half and wound up down 17 at halftime.

“I was psyched that the guys showed fight, heart and effort throughout and that’s what’s going to build us up faster than anything else,” he said.

Despite winning the second half, the Bison went  on to lose 54-40. Freshman Eli Patterson and senior Coy Johnson were joint top scorers for the Bison with 11 points each, followed by Hunter Stone with nine points and nine rebounds for a near double-double.

The biggest concern for the Bison coming out of a tough first weekend of action, however, is the injury bug — hitting senior Kollen Milmine, expected to be out at least a month with a hamstring injury, and junior Anthony Peters, who sprained his ankle.