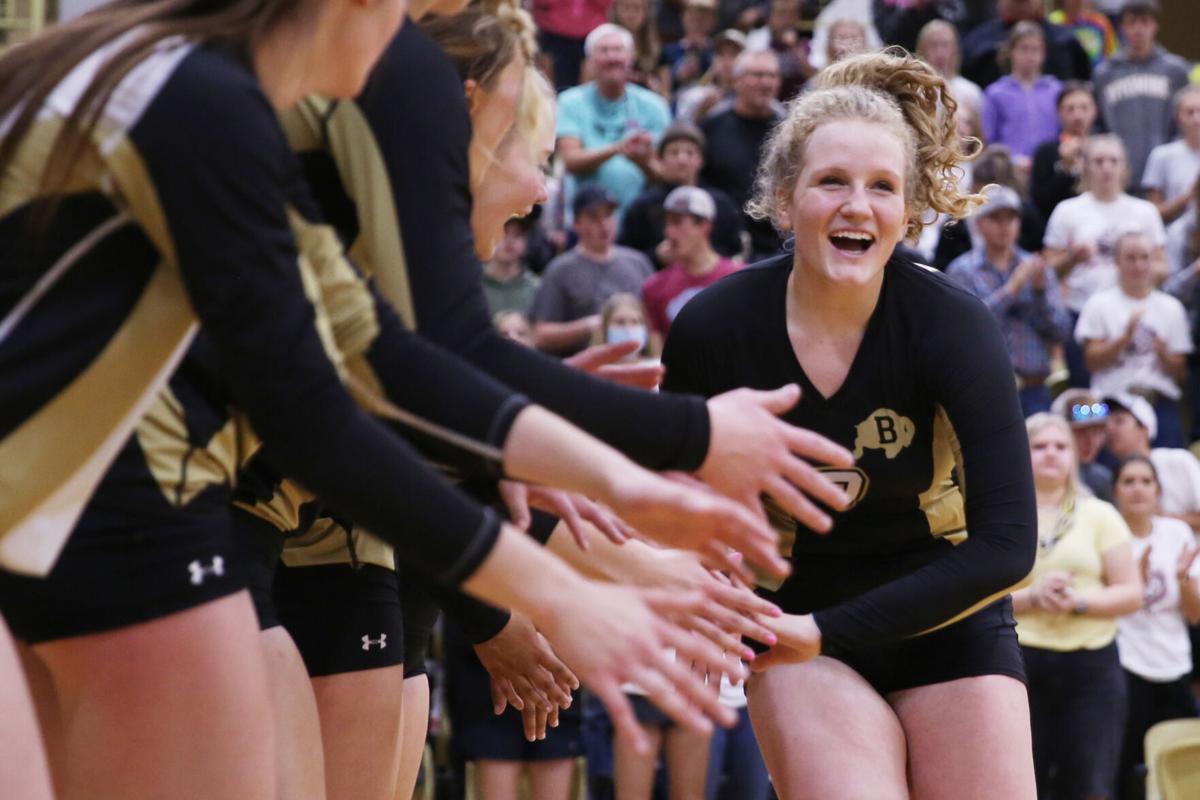 Bulletin photo by Jessi Dodge Buffalo High School senior Tessa Taylor yells as she high fives her teammates on Friday night, Oct. 22, 2021 at the high school. Starters were announced before the start of the game, high fiving teammates, coaches and refs. 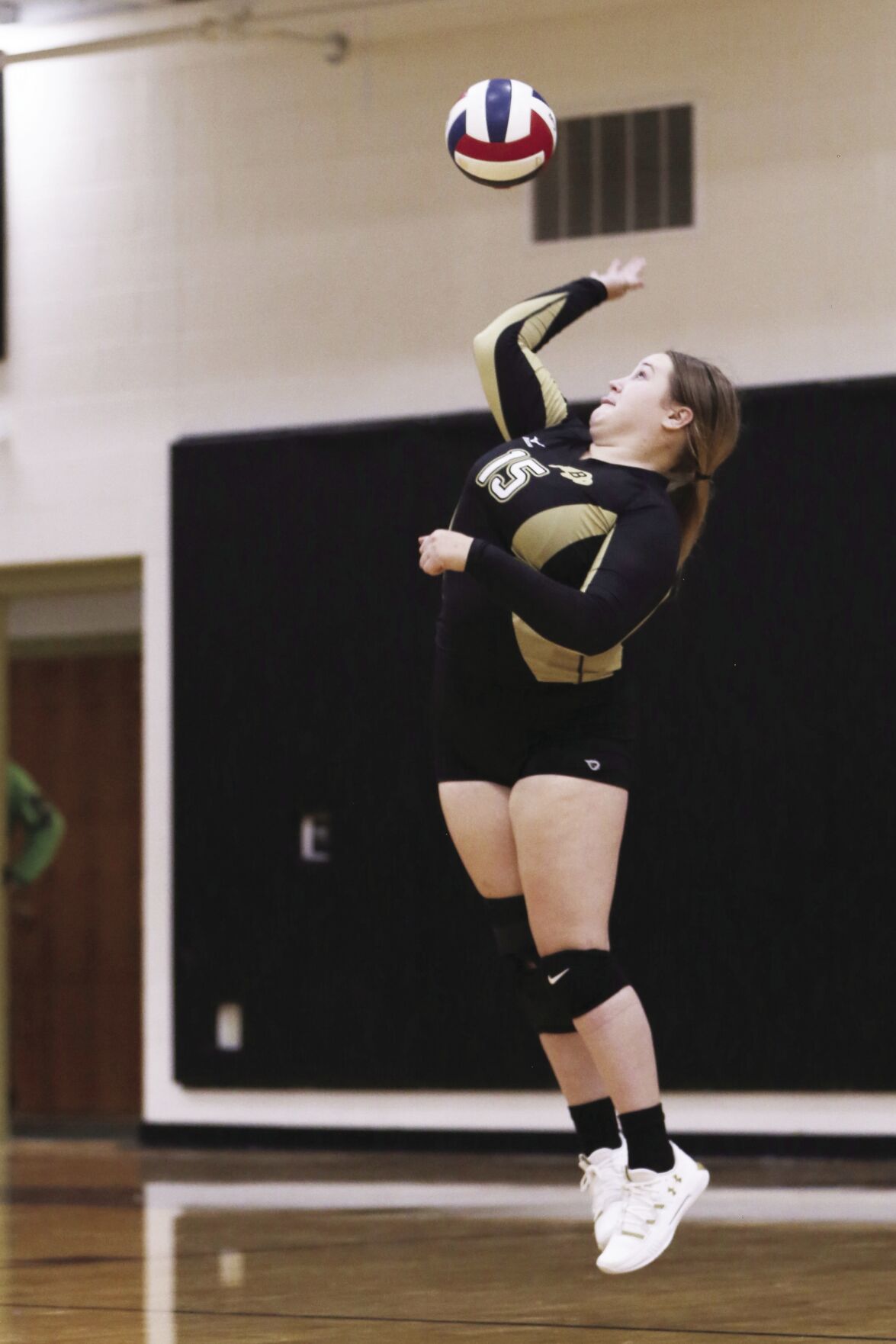 The Buffalo High School volleyball team is rolling once again. After losses to Torrington and Douglas, the team returned last week to win three games — two of them against conference competitors — and secure the top seed in the Northeast.

The team, which started the regular season on a 7-0 run, struggled as homecoming and the snowstorm disrupted its practices and threw it off its rhythm. But last week the Lady Bison returned to its routine, and it showed.

On Friday, the Lady Bison played its final match at home against Thermopolis. Throughout, the team controlled the pace of the game.

The team’s last two games of the regular season occurred on Saturday, first against Newcastle — whom the Lady Bison defeated in four sets in September — and then against Burns.

Against Newcastle, Buffalo dominated in the first two sets, winning 25-15 and 25-20. The Lady Dogies weren’t about to roll over, though. In the third and fourth sets, Newcastle beat Buffalo 14-25 and 15-25.

In the next game, Buffalo defeated Burns in five sets as well.

By defeating Newcastle, Buffalo secured the top seed in the Northeast, and with the last three victories, the team improved it’s record to 18-11-1 overall and 5-1 within the conference. The Lady Bison’s record is a significant improvement over last season, when the team went 7-18 and split its conference games 3-3.

Buffalo is the top-seeded team headed into the regional tournament and will face Rawlins on Friday.