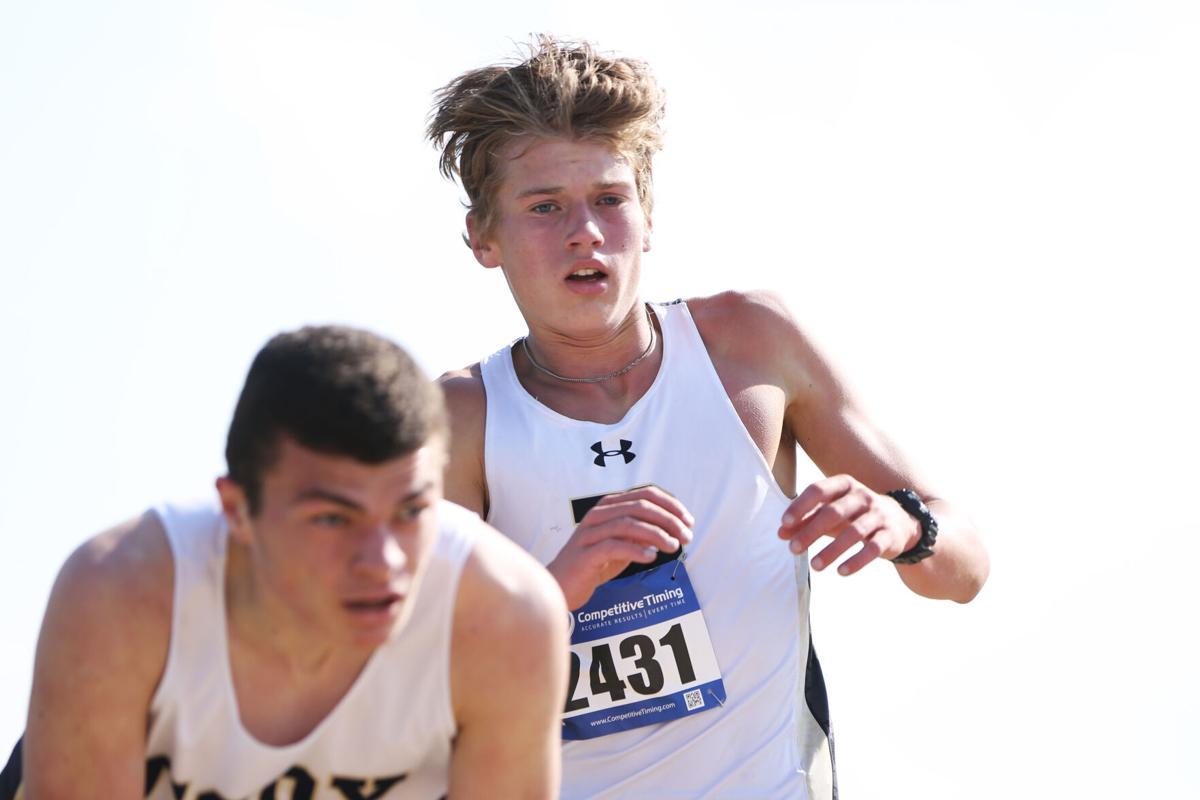 Buffalo High School junior Ryer Morrison, standing, finished in third place for the boys at the home cross-country meet on Friday afternoon with a time of 17 minutes, 44.23 seconds or a pace of 5:43 per mile. 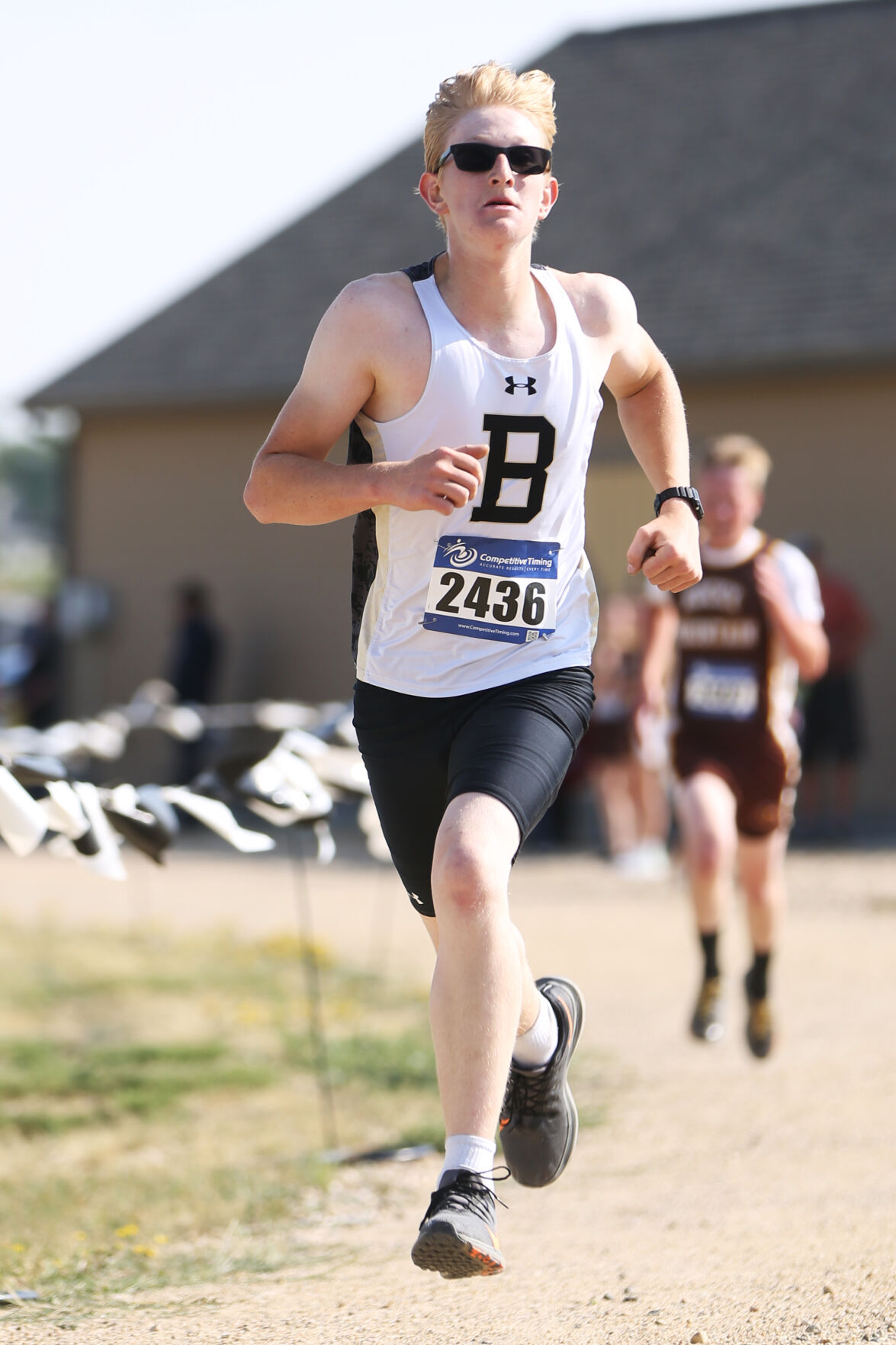 High School senior Hamlin Wing sprints the final stretch over the finish line on Friday afternoon. Wing finished with a time of 20:31.30. 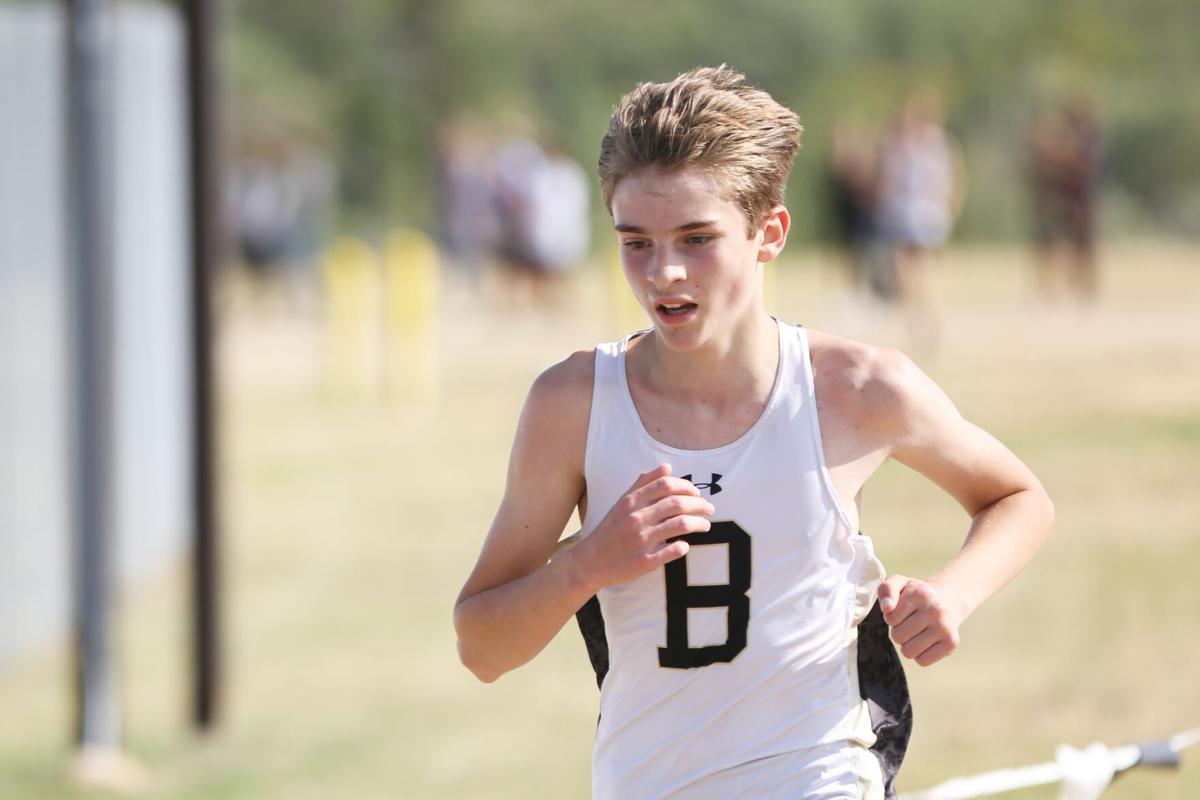 Buffalo High School freshman Lucas Peterson runs across the finish line on Friday afternoon at the athletic complex in Buffalo. Peterson is one of 14 freshmen on the cross-country team this year. 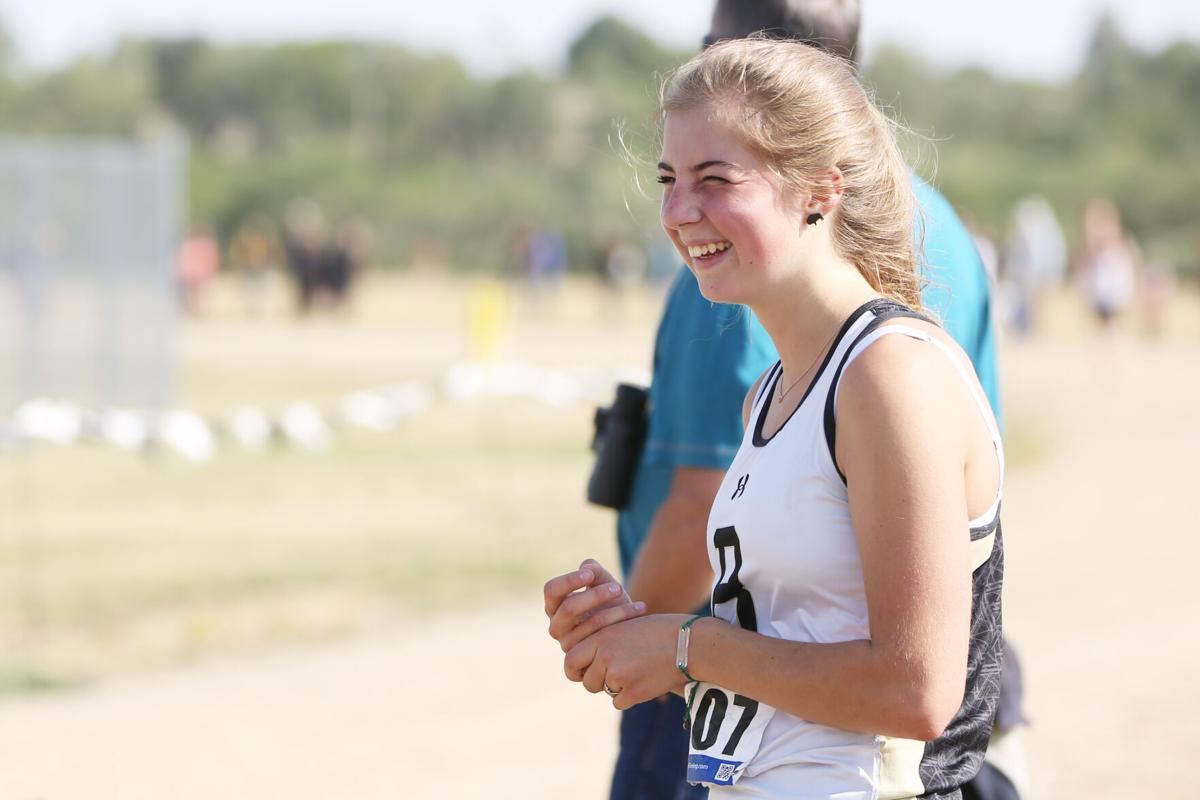 Buffalo High School senior Elizabeth Farris cheers on the guys as they come across the finish line on Friday afternoon. Farris is one of nine seniors on this year's team and finished 10th overall in the girls race. 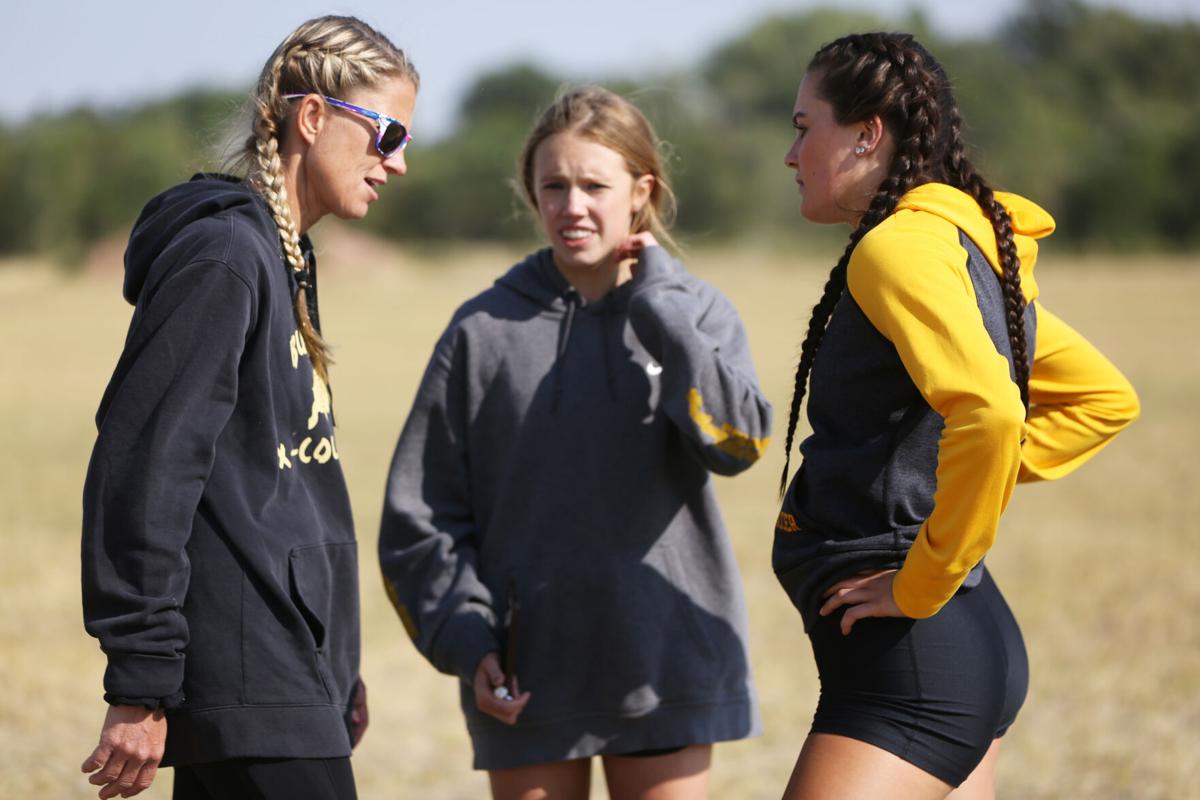 “We’re strong. When you have three boys who can compete at the top, where you’ll really see success is if you can get two more who might not be in the top 10, but they’ll really work hard to be in the top 20, and that’s where we are with the boys,” coach Sandy Moon said. “It shows kids working for each other and working to be part of the team.”

“The girls had a good race,” Moon said. “They all finished faster than they were last year.”

The course in Buffalo isn’t as steep as some throughout the state, Moon said, but the layout allows spectators to see the first half mile of the race, while the rest of the 5K is on the Clear Creek Trail system, out of range for those watching the start and the finish.

“That makes it hard for both the spectators and runners, because the runners then don’t get that adrenaline boost from people watching them and cheering them on,” she said. “It feels like they’re just out there on their own. Mentally, to stay focused, is hard for kids on our course.”

On Saturday, Bison runners will travel to Ethete for the state preview meet, which is a first for the team, Moon said. There will be both a junior varsity and varsity race, in which seven runners per school will compete and the top four will be scored.

“I think almost everyone in the state will be at that meet, because no one has seen the state course yet,” she said. “It’s gonna be a big race.”