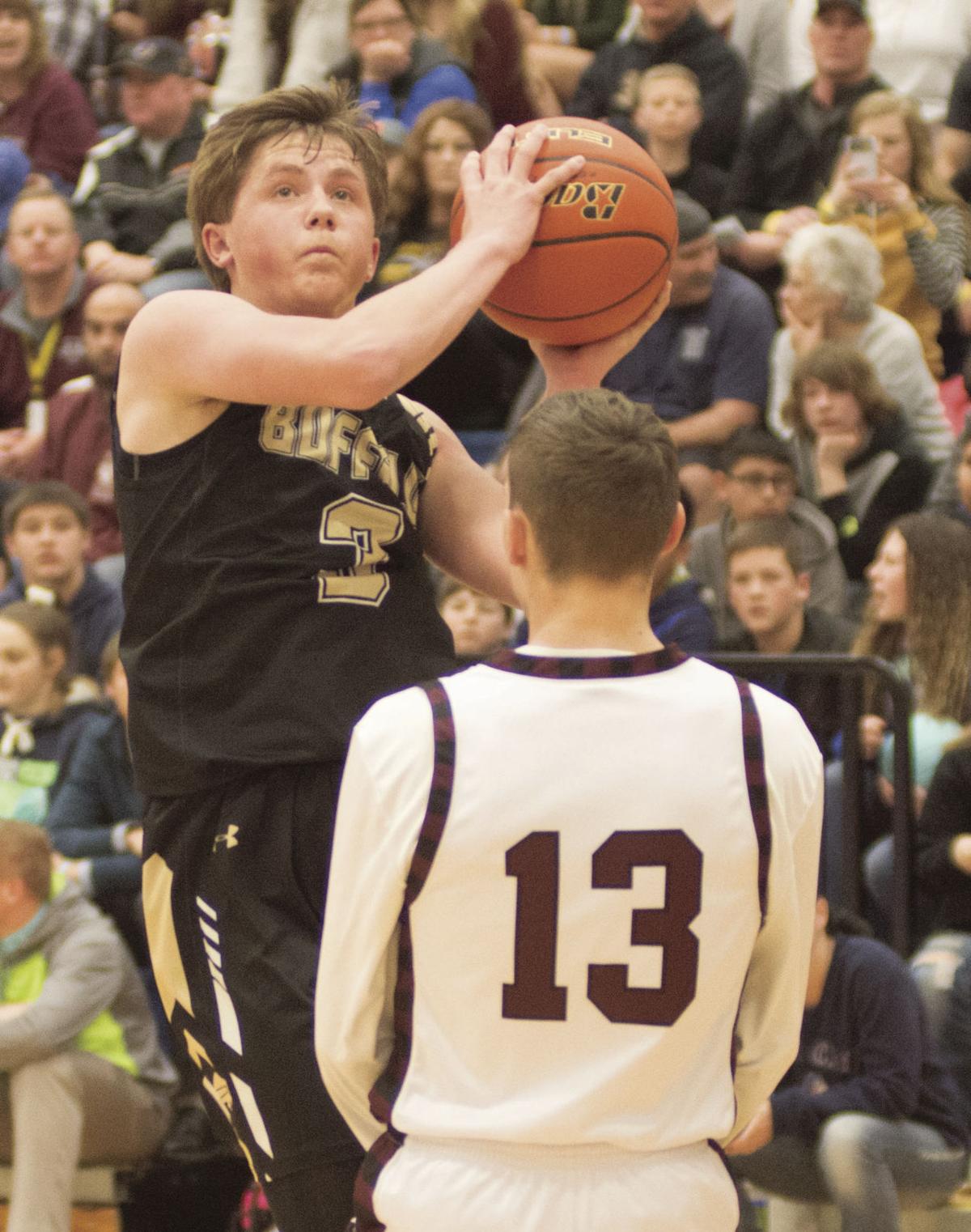 Hunter Peterson soars toward the hoop on a fast break Friday against Torrington during Buffalo High School’s second round matchup with the Trailblazers at the 3A East regional tournament in Wheatland. The Bison stifled the Torrington offense and got hot from the field en route to a 60-36 blowout win. Buffalo then beat Wheatland to win the regional championship. 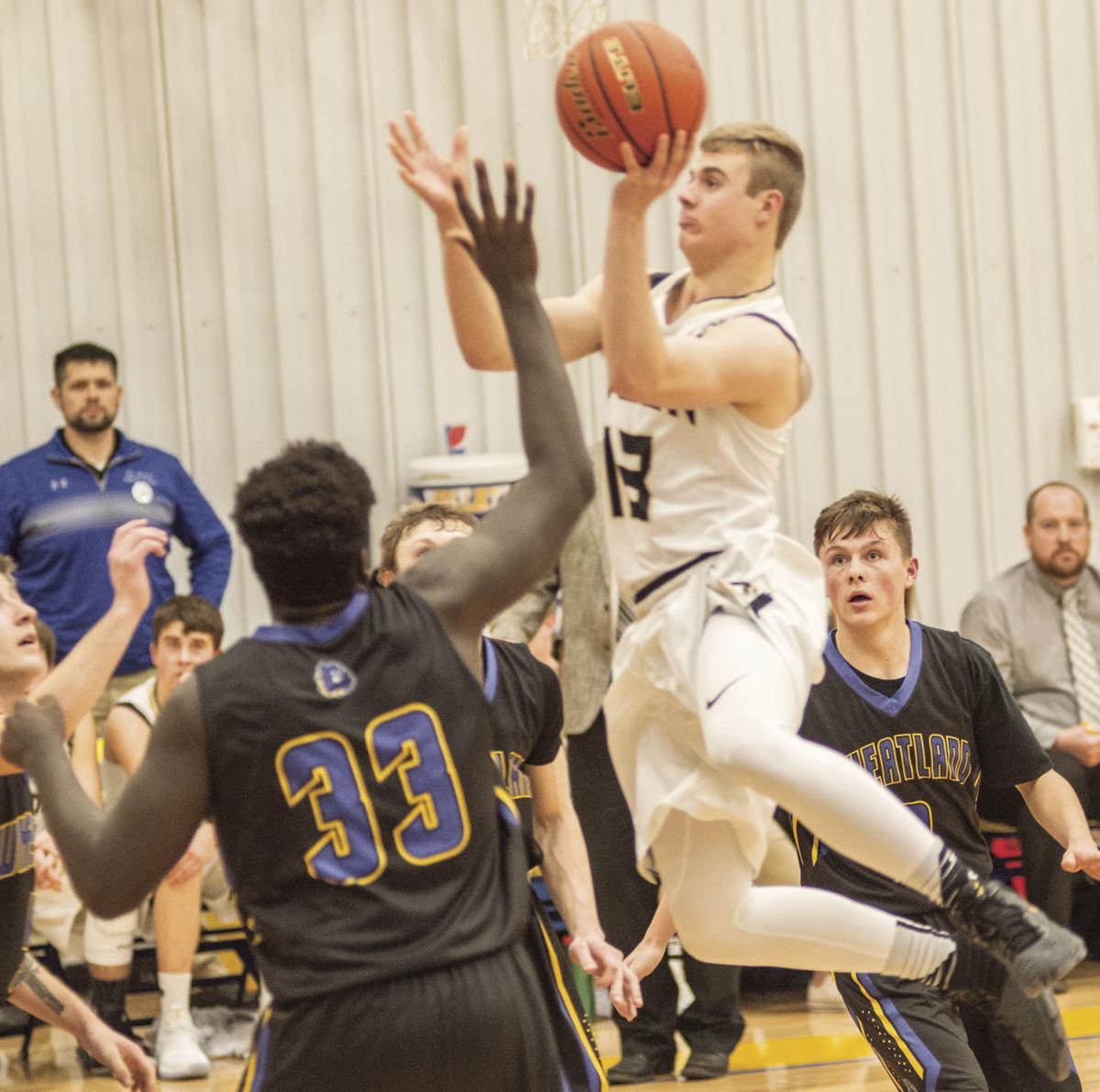 Dawson Hatch gets a look at the rim any way he can Saturday night in Wheatland during the 3A East regional title game against the Bulldogs. 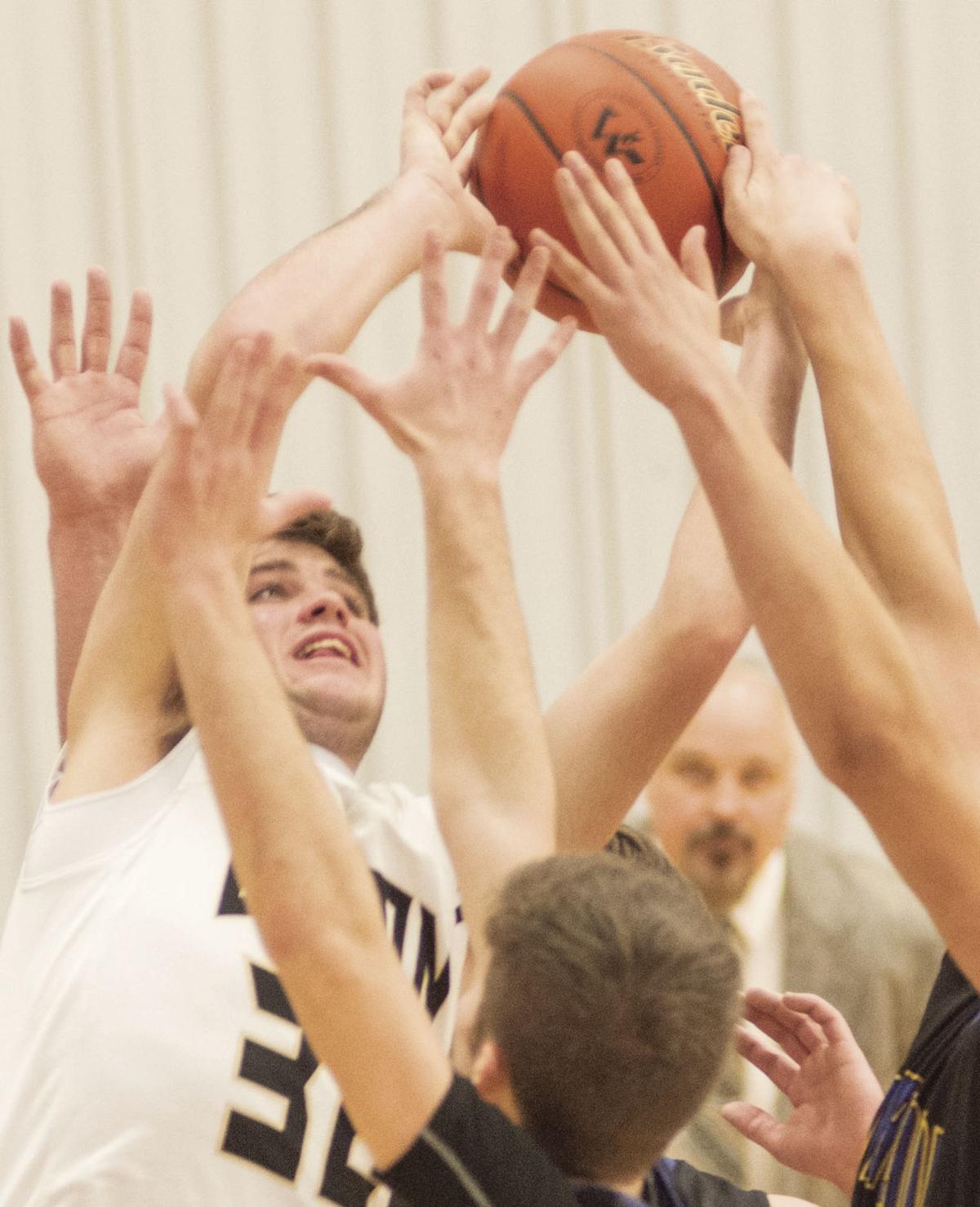 “They played some tough defense. We got some good team wins, and we got a lot of help from the bench.” - Coach John Hepp

If anyone took away anything from the Buffalo High School Bison boys basketball team’s 3A East regional championship win last week in Wheatland, it wasn’t if they won, why they won or when they won. What stood out is how the Bison won.

The Bison put a stranglehold on the Burns, Torrington and Wheatland offenses with a tenacious, aggressive, potent defense that didn’t rest for a second and flustered a trio of teams on their way to their second straight regional title.

“They played some tough defense,” coach John Hepp said. “We got some good team wins, and we got a lot of help from the bench.”

Buffalo dismantled No. 4 SE Burns on Thursday 66-22, took care of No. 2 SE Torrington Friday 60-36 and beat down hometown No. 3 SE Wheatland 52-23 on Saturday in the title game leaving little doubt who the beast from east is heading into state.

Tyce Dahlberg was nearly perfect from the floor on his way to 16 points and four rebounds against Burns to start the tournament. Mason Moon drained three from beyond the arc for nine points. Hunter Peterson, Aaron Thiele and Dawson Hatch pitched in eight points apiece in the win.

The Bison defense held the Broncs to just three points in the opening frame and two points in the second. Buffalo led 36-5 at the break.

If there was one team that could have matched up with the Bison it was Torrington in game two. The Blazers have the size and athletes to give teams fits, but again the Bison defense was relentless.

“In the Burns game we played good defense, but I was most happy with the defense in the Torrington and Wheatland games,” Hepp said. “They were so worried about our defense they couldn’t find their offensive games.”

Buffalo held Torrington to four points in the second period and led 31-14 at halftime.

Buffalo matched their best offensive quarter of the tournament out of the locker room, outscoring the Blazers 21-14 in the third and maintaining control.

Dawson Hatch shot lights out from the field on his way to 16 points to lead the Bison. Moon finished with 10 points on another trio from behind the arc.

Wheatland may have been the dark horse to make the championship game. The Bulldogs got by a solid Douglas team and beat the No. 1 SE Rawlins to advance.

“I wasn’t surprised Wheatland beat Douglas, but I was surprised they got through to the title game,” Hepp said. “Rawlins came in a No. 1, but that’s tournament time. It’s a pressure cooker. The No. 3 and No. 4 ranked teams in the state didn’t even get out of our tournament.”

Whatever hopes the Bulldogs had for an upset against the Bison were dashed within minutes of tipoff. The defense smothered the Wheatland ball handlers all over the floor and Dahlberg protected shots at the rim.

When the starters were resting, the bench continued the relentless pressure and ripped down offensive boards.

“Teams have to prepare for two different types of offenses when they play us,” Hepp said. “The bench comes in and takes longer shots and they’re about getting to those long rebounds.”

Thiele was a matchup nightmare for the Bulldogs on both ends of the floor. The senior ended up with 17 points and five rebounds. Glassock finished with 12 points and four boards. Peterson was perfect from the floor with nine points.

“They worked hard, and if they keep that same mentality they are going to be fine at state,” Hepp said. “If we lose our focus and go ice cold, anything can happen.”

Moon, Musselman and Dahlberg finished with three points apiece against the Bulldogs. Taylor Swanston and Dawson Hatch added two points apiece. Nathan Swanston had a point and three rebounds. Ruby hauled in three rebounds, dished out an assist and grabbed a steal.

“I figured we would have to play Pinedale, but I thought it would be later in the tournament,” Hepp said. “They have some offensive firepower. But everyone seems to be doing pretty well here. We have a couple of more practices and we’ll see what we can put together.”