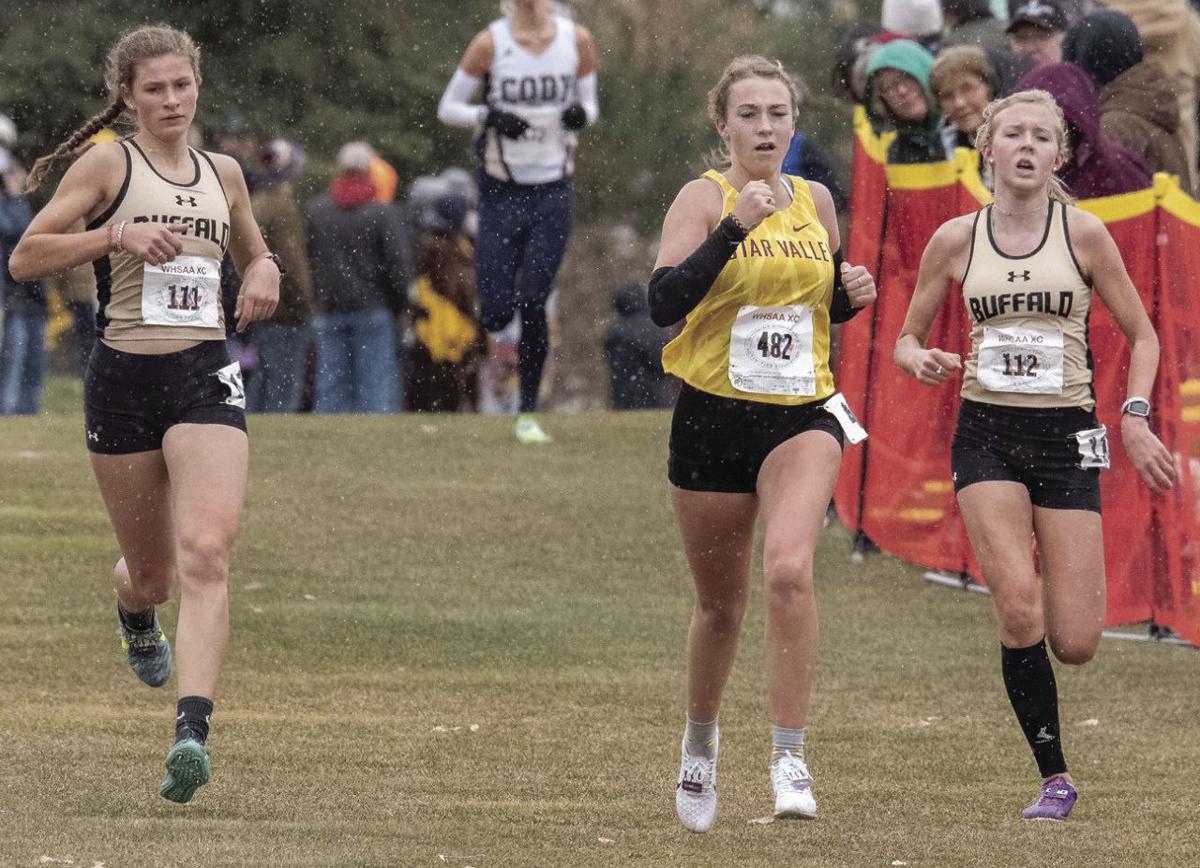 Lexi Rule and Kendall Tietjen leg out the final stretch of the girls state cross-country championship race in Afton. Tietjen finished fifth and Rule eighth for the Lady Bison to earn all state recognition. 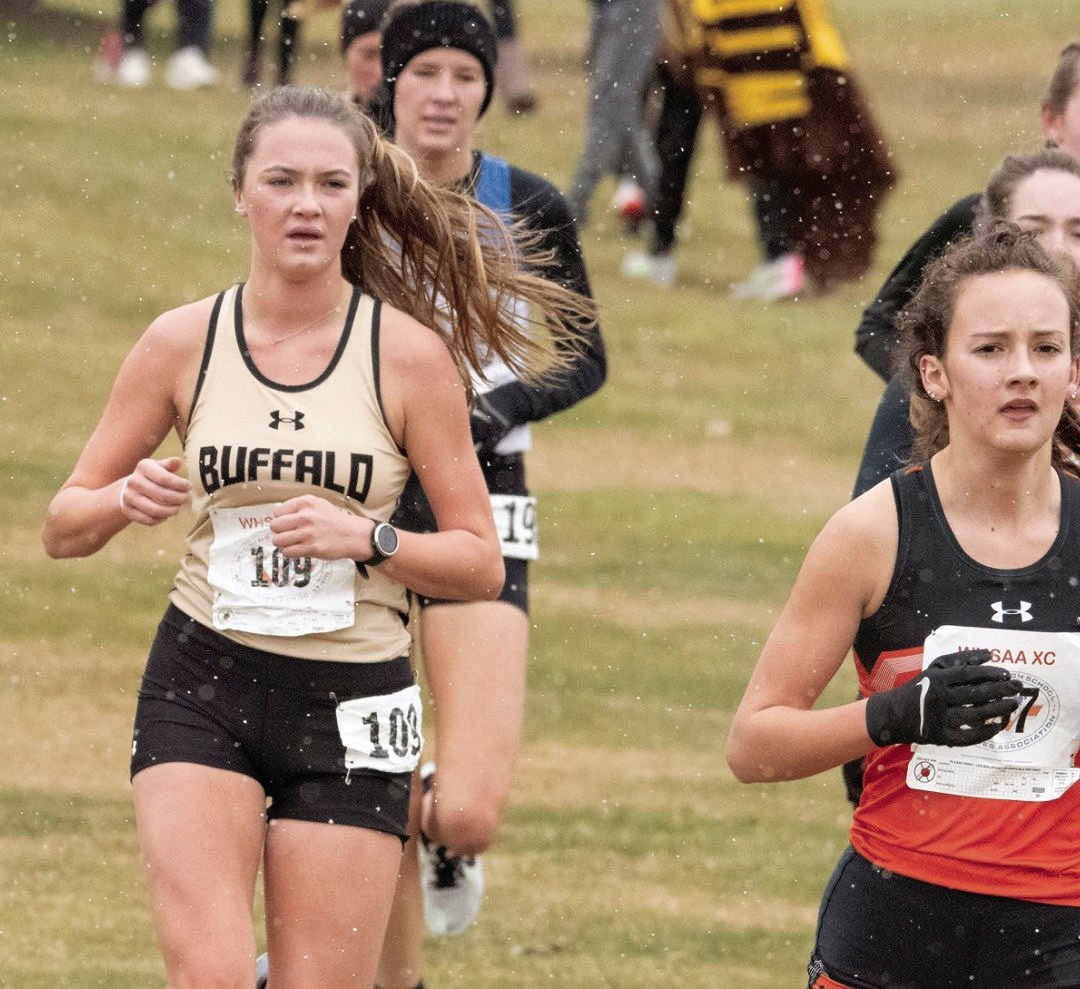 Maggie Olsen is one of six varsity Lady Bison cross-country runners who competed at the 2019 3A Wyoming state girls cross-country meet at the Valley View Golf Course in Afton. Cody took the 3A girls team title followed by Star Valley in second and Buffalo High School third. The Bison boys finished 10th overall.

The forecast may have been off, but the Buffalo High School Lady Bison cross-country runners were on Saturday afternoon in Afton, as they raced to third place at the 3A state cross country meet, landing a pair of runners in the top 10 and another just short of an all-state nod.

Kendall Tietjen finished all state for the second consecutive year with a time of 20 minutes, 19.69 seconds for fifth. Lexi Rule earned all state honors in 20:21.11 for eighth. Elizabeth Farris finished 11th in 20:39.93l, missing all state by a few seconds.

Cody took the team title on the girls side. Star Valley finished 3A champions on the boys side.

“Kendall ran really well on a pretty tough course,” coach Sandy Moon said. “I was proud of Lexi because she finished just out of the top 10 last year and got 11th. This year she made all state. Elizabeth ran really well, too. It was a great meet.”

What was supposed to be a relatively warm, sunny day turned into a snowstorm during the girls race. Steep inclines and stiff competition also greeted the Buffalo runners.

“We are competing against bigger schools,” Moon said. “Star Valley and Cody have twice as many students as we do. I feel like our kids did all they could all year long facing some long odds.”

A third place trophy should be a nice addition to the BHS trophy case.

“This team, I would say, is one of the hardest working group of kids I have coached,” Moon said. “They did everything without complaining, had faith in themselves and the coaches and had a great season.”