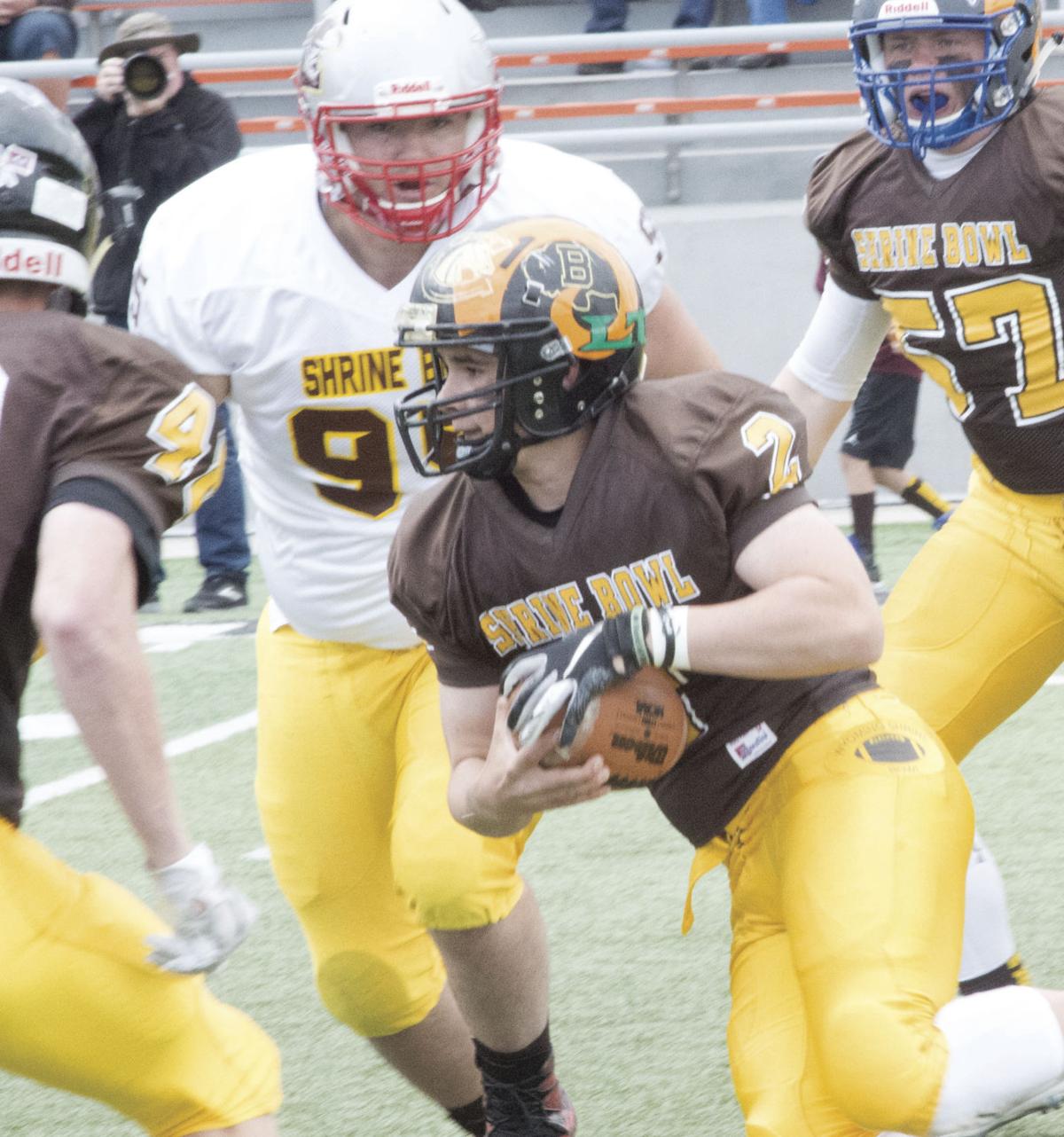 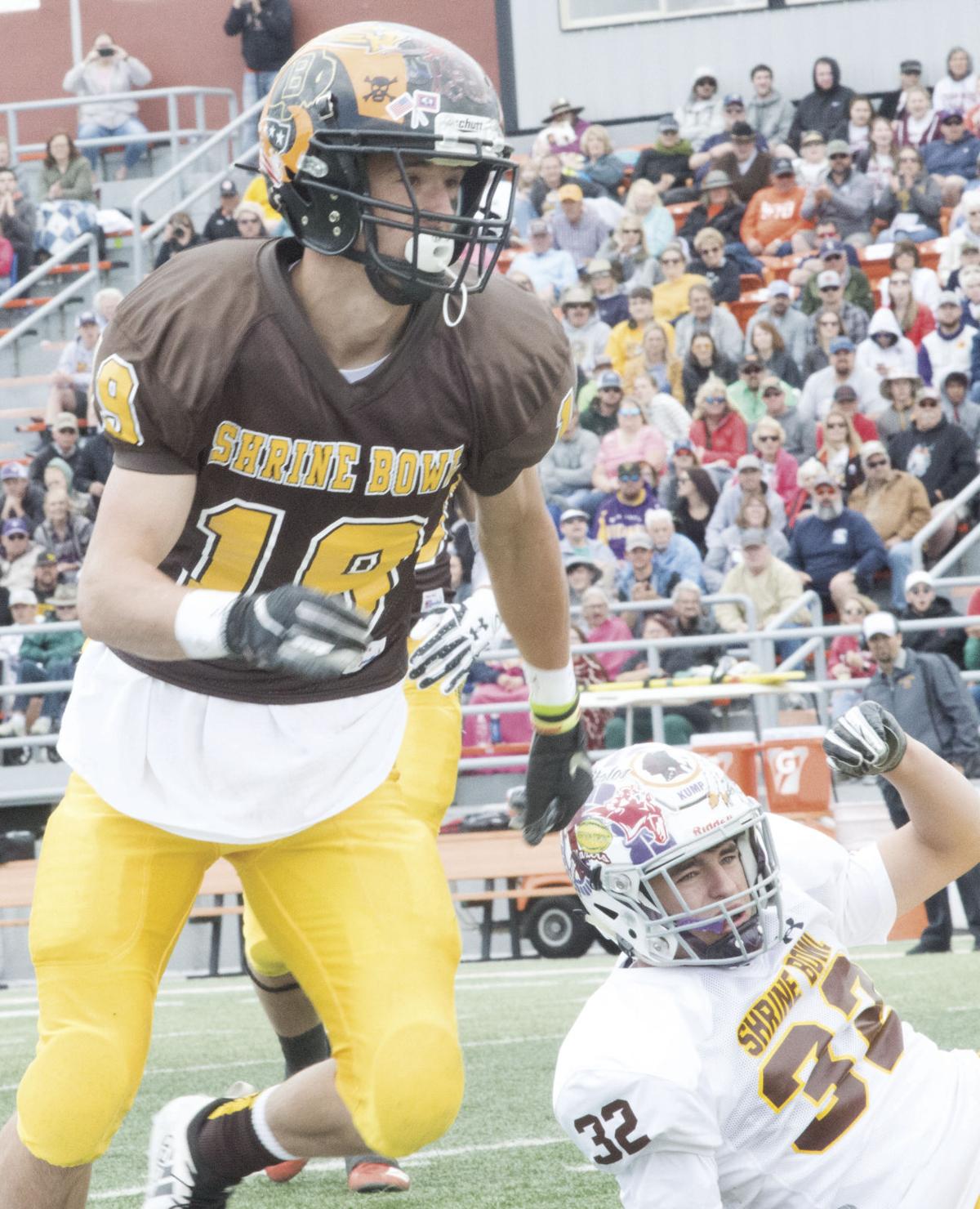 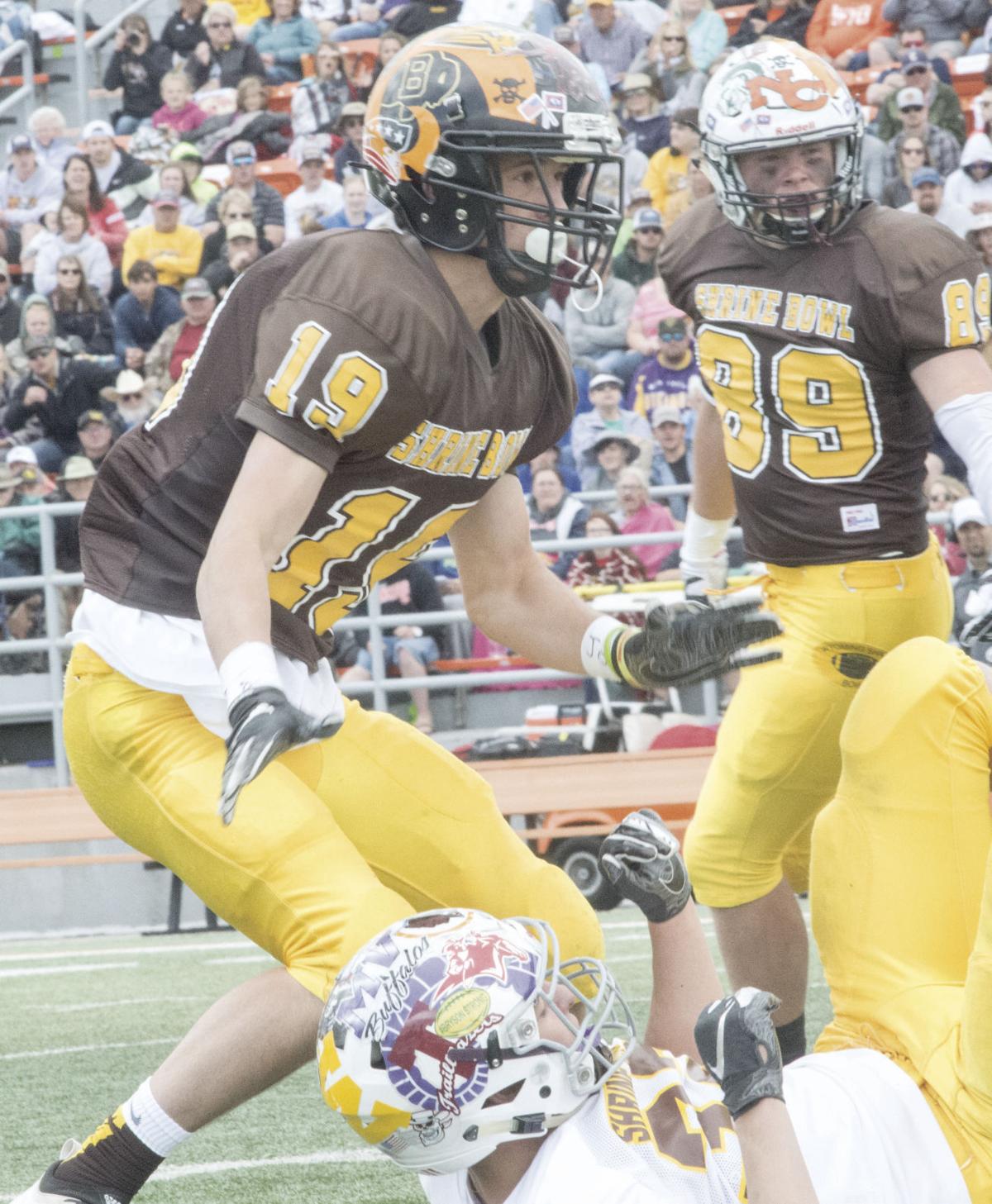 Glassock tossed two touchdown passes and Thiele was part of a North defense that held the South to six points in the first half.

After a three-and-out on the North’s first possession, Glassock engineered a long drive for the North as they tried to answer a South touchdown on their opening drive.

The South was fired up from the outset, and the touchdown made it appear they were ready to snap a six-game losing streak in the annual game after the initial score.

The North had a chance for a big first down to keep their second drive alive, but a long Glassock pass went off the hands of a North receiver as they were forced to punt once again into a blustery wind at Natrona County High School.

The North defense stiffened throughout the rest of the first half to give the offense a chance to recover. After the slow start, Glassock finally found VanDyken for 40-yard touchdown pass to tie things up at 6-6 with around 10 minutes to go in the second quarter.

A botched snap on the extra point led to a scramble from Thiele as he found an open man in the end zone for the two-point conversion to put the North up 8-6.

“It was a slow start,” Hammond said. “The South had the momentum. We were sloppy on special teams and later that let them get back into it.”

A Glassock kickoff following the score was returned deep from the South end zone and the North cover team stopped the return at the South 10 yard line.

The South put together a solid drive but the North stopped a fourth down and two at their own seven-yard line to take over on downs.

Glassock then orchestrated a perfect drive on a combination of runs and throws that took a lot of the confidence away from the South defense as things started to get a little chippy and frustration took over for the defense.

Glassock again showed off his scrambling ability with a physical first down run to the South four-yard line.

Big Horn’s Kade Eisle then took a spread option hand off from Glassock and found the end zone after a long injury timeout. The Glassock point after gave the North a 15-6 lead heading into the break as the rain started pouring and the wind picked up even more.

The South increased their lead to 22-6 in the third quarter as Upton-Sundance’s Clayton Lauderback found VanDyken for a 12-yard touchdown score.

The South rallied in the third and fourth, however, to cut the lead to 22-19 with time winding down.

Glassock then returned at quarterback for the North and found NC’s Tehl Campbell for another touchdown to put the South away and earn their seventh consecutive victory in the annual contest.

“I was able to buy some time outside the pocket and Kade was able to find some space downfield, so congrats to him,” Glassock said. “You couldn’t ask for any more out of an all-star game.”

Glassock is now at the University of Wyoming in Laramie to begin his kicking career with the Pokes. Thiele will continue his football career at Black Hills State University.

The week of activities also included an annual trip to Salt Lake City for a visit to Shriners Children’s Hospital.

“We got to go to the children’s hospital on Monday and the kids got to see where the money goes that is raised at the game,” Hammond said. “It showed there is a bigger purpose to all of this.”